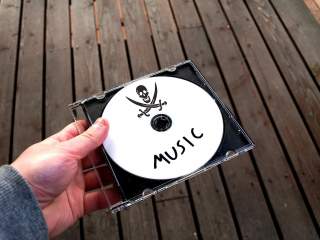 I think the early 2000s want their lawsuit back.

In what could be a landmark decision, Cox Communications recently lost a battle with a group of record companies, arguing that the telecommunications company did not do enough to protect their products from pirates who were stealing their content and using their networks to do it.

While I have very little sympathy for Cox or the cable industry at large, this award feels way over the top and will do little to stop any sort of digital piracy in the first place.

The jury declared that Cox was liable for a little over ten thousand infringing recordings and compositions on its network. It then went on and granted the plaintiff nearly $100,000 per work—an insane amount of money for such materials.

While it makes sense why the record industry would sue Cox and other internet service providers (ISPs) as piracy has—and will always be—a challenge for the internet, we have to be honest with ourselves and admit that this comes far too late to do anything about it. And this problem, in many respects, is nowhere near the epidemic it once was.

While accurate numbers are hard to come by, music piracy, I would argue, is in what should be terminal decline. Why would someone, for example, risk a lawsuit to download music illegally when they could pay a small fee to a service like Spotify or Apple music? This was the reason why many people in the late 1990s in the early 2000s turned to Napster and later torrent sharing services as many listeners wanted a lower cost alternative and later digital downloads for MP3 players. High prices CDs were dying, and piracy and then streaming were able to take their place—and are now thriving. In some respects, piracy pushed the music industry into the transformation it needed to make, as it only embraced the digital revolution kicking and screaming. I, for one, could not live without Spotify and several other music streaming services I subscribe to.

Pirates today, while not impossible to find, are much harder to track down because a person can easily hide their digital tracks using free or low cost virtual private networks, which is one way to hide or mask your IP address from detection and a possible lawsuit. So, it makes sense that the music industry is targeting ISPs—users are not easy to catch. But the time to sue them and win has long since come and gone. This, to me, seems like a hollow legal win for an industry that is more bitter about its losses than trying to stand up for their artists or intellectual property rights.

I am eager to see what happens, as this could be a court battle that will be waged for years to come, and Cox will appeal the ruling. But to be frank, it belongs in the history books.

Harry J. Kazianis serves as a senior director at the Center for the National Interest and Executive Editor of their publishing arm, the National Interest. In the past, Harry served as Editor-In-Chief of The Diplomat and was a part of the foreign policy advisory team of U.S. Senator Ted Cruz’s 02016 U.S. Presidential Campaign.  His work and ideas have appeared in The New York Times, The Washington Post, CNN, Fox News, CNBC, USA Today, The Week, The Hill, the American Conservative and many other outlets across the political spectrum. Harry enjoys writing about technology issues and products from a real-world perspective, having previously worked in the telecommunications industry from 2000-2011. You can follow him (or yell at him) on Twitter: @Grecianformula.