I Worked for the Cable TV Industry for Over a Decade. It Nearly Killed Me. 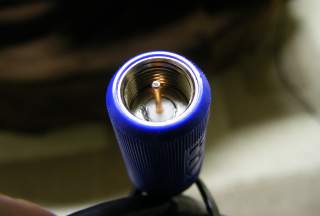 Customers love to complain about their cable TV providers. Heck, I worked for one for over a decade, and considering their problems, they make themselves an easy target.

But rarely do people who work for these companies talk about their experiences and their own frustrations, their challenges and how the inner workings of these companies have led to millions of customers leaving them for good.

Over a series of articles spanning the last few days, I have tried to share a small part of my time in the cable industry, how it has prospered and failed, and how it does not keep up with customers’ wants and needs. In fact, I think eventually the industry could fail completely and largely disappear. Sadly, my own personal experiences as a customer have largely reinforced this view and are driving my own decision to cut the cord, and soon.

The quest for profits is what guides most telecommunications companies’ corporate culture, and it was a culture that I let nearly kill me. I was lucky to see the writing on the wall—that cable TV, thanks to competition and new technology—was dying and I had to get out. Sadly, my prediction was correct, as the job I held was eliminated years ago with many of my old colleagues losing their once secure positions—with many of them never recovering financially, career-wise or personally.

Here’s my story: When I first started working for cable back in 2000, it was during a time in my life when I was just 20 years old. I had quit college for many reasons, and I was looking for a job—any job. I applied to a cable company that was just starting to sell high-speed broadband—my application was actually filled out on paper when I had returned a cable modem. The application was pretty rushed—I literally handed it in with pizza sauce on it as I had just eaten lunch and my hands weren’t cleaned.

To my surprise, they called me the next day and hired me two days later after I passed a drug test. My only qualification was that I was technically savvy and knew something about high-speed internet thanks to building computers for a few years. After a few weeks of training, they threw me on the phones as a sales rep, taking incoming calls selling cable TV, high-speed internet and eventually home phone services.

For over a decade, I would be on the cable TV frontlines if you will, taking hundreds of thousands of calls from customers, but also training new sales representatives as well as doing quite a bit of technical training and even selling residential products face to face. Have you ever seen the guy at Walmart pitching cable products as you try to buy milk, deodorant or a cheap TV? That was me.

To be honest, the first few years were great. I was paid $10.00 an hour to start and received, on average, biweekly bonuses of $1,250.00—many times much more. One year, I nearly made $100,000—just for selling cable products—and I didn’t even have a college degree. I was very blessed, at least for the moment.

There was, however, always a threat just over the horizon: competition. Satellite companies did hurt profits to a certain extent, but they did not offer high-speed internet or phone products that they could bundle, and thus were not a major threat. But when traditional phone companies, specifically ATT and Verizon began offering fiber-based cable TV, faster high-speed internet services and phone products in 2007, things would change dramatically. Combine that with a massive economic downturn, it was clear the good times were over.

This is where I let my work impact my life in ways I never thought possible. As the challenge in cable land mounted—massive commission cuts, no more overtime, health benefit cuts, changes in management that cared only about sales and customer retention and nothing else—my health went down the tubes. Already predisposed to eating for comfort, my stress from work became too much to bear. I ended up gaining fifty pounds while becoming very depressed. My cholesterol was bad, my mobility was becoming impacted and I was withdrawing from friends and family.

As things got worse, I decided to go back to school, finish college, and go on to graduate school, knowing that my days in cable land were numbered. At the same time, sales quotes kept going up and up, to the point my colleagues were doing what I would consider unethical things to sell services to customers—at any cost. I could not do it, and I was but on what was called a “corrective action, level 1,” meaning I was a few steps from being fired. I was then put on a “level 2” when I warned a customer repeatability to stop threatening to kill me and had to disconnect the call as I was being personally threatened. The reason I was disciplined: I did not take the abuse and get the sale.

That made me want to go into a massive food binge for months, as things like the above would happen all the time. I was slowly dying. Every call, every disciplinary action, all of the mounting pressure as our industry was under siege was just becoming too much for me to handle.

What finally broke the camel’s back for me was becoming ill with Lyme’s disease in 2011. I ended up having to work for over a month with a 100 degree plus fever as I did not want to get fired. One day I was really sick, working with a 103-degree fever. I had to get up from my desk and go to the bathroom and my supervisor followed me and asked why I left my desk—peaking into the stall to see what I was doing. I was polite as I needed the job, but inside I was done. I went out on medical leave for almost three months. I came back for a week after my health improved and saw that things were worse. I walked in the first day I was scheduled to get back on the phones and quit.

Thankfully, after that day, things have worked out well for me—and I have my dream job. But I can’t say that is everyone’s story I worked with. A few years later, my job and many others would be moved across the country, and the company I worked for only relocated a small portion of that personnel. The rest were fired.

Let me be clear: my experience is my own, and I don’t claim it to be the norm or even representative of how cable TV employees are treated universally. However, I know many who have shared such experiences. One can only hope things have changed, however, as I have strong friendships and relationships with many telecommunications professionals across most of the cable TV companies, things have only gotten worse. That’s a real shame.