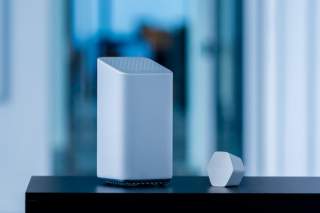 UPDATE 2/7/2020: Today in the mail I received the new xFi Advanced Gateway. Horray! I will test it over the weekend and write up a review. More to come...

Last month, Comcast released a statement declaring that it would be launching a new wireless router—officially named the xFi Advanced Gateway—with a set of new features that looked quite appealing. The big advantage, which I would suspect many tech geeks would jump at the chance to get, was the new Wi-Fi 6 capability.

As someone who has Xfinity now with a gigabit-rated connection, having the best router Comcast offers would be great, and the press release makes a very compelling pitch. “We designed the next-generation Advanced Gateway to be the fastest, smartest and most powerful WiFi device on the planet to continue to deliver on our promise of bringing our customers a great broadband experience,” explained Kunle Ekundare, Director of Product and Hardware Management for Comcast. “The xFi Advanced Gateway is truly the best Internet product we’ve ever built, and we’re thrilled to be bringing our customers into the future with WiFi 6.”

The only challenge is getting it. After reading the press release, I noticed one little problem. “The new xFi Advanced Gateway will be available in the coming months to customers that subscribe to Xfinity Internet speed tiers of 300 Mbps or faster,” notes the release. So, the obvious question: can I get my hands on one while living in the Washington, D.C. suburbs?

The short answer is no. The longer answer is part of a longer, sadder story of why cable companies are dying in the first place.

First, I called Comcast and pushed the right prompts to speak to a sales agent, thinking this was some sort of upgrade and would be ordering something—hence the sales prompt pick. After ten minutes of waiting, I get an agent who takes about ten more minutes to get access to my account. After I explain what I am looking for, the rep mentions he has no idea that Comcast had a new router. When I asked to check, he put me on hold for another ten minutes where at some point I was disconnected. Yikes.

Next, I tried my luck with tech support—that was even worse. After a twenty-minute wait, I was connected to an agent who also had no idea what I was talking about. He then put me on hold for about fifteen minutes. When he came back, he explained that the routers were just coming into my area and that I should go to my local office. When I asked for a number to call them instead, he asked to put me on hold again. And what do you know, five minutes later I was disconnected—again.

Now I am getting hot. I decided that the only way I was going to get answers was to do what always works: complain and social media shame them on Twitter. And what do you know, putting @ComcastCares in my tweet did the trick. After a productive exchange, the rep did explain the routers were not available in my area and that they would reach out when they were. I was polite and said thank you.

Let’s add this one more incident to my long list of reasons why I am dumping cable—and specifically Comcast—in the first place. Glad to know I am not alone.