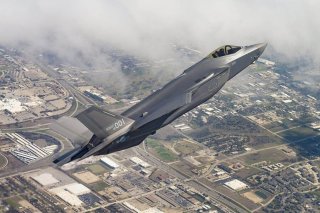 Even as the United Kingdom forges ahead with F-35B fighter procurement plans and an ambitious project for a home-grown next-generation fighter, London is also quietly building an advanced loyal wingman combat drone.

Air Chief Marshal Mike Wigston gave a comprehensive interview to Defense News earlier this week. In it, he discussed London’s procurement strategy into the coming decades and shed light on the ongoing controversy surrounding the UK’s F-35 fleet size. Toward the end of the interview, Wigston was asked about the UK’s Mosquito loyal wingman drone program. Wigston explained that both the Tempest fighter and the Mosquito project are part of the Future Combat Air System (FCAS), which he described as “a mix of piloted combat aircraft, of unpiloted or autonomous or remotely piloted combat aircraft, and then down to cheap, expendable drones all working together.” Wigston added that, while the Tempest fighter is expected to reach initial operating capability in the late 2030s, he believes that the Mosquito drone can enter service as soon as “this decade.”

As with the Tempest fighter itself, the Mosquito project is nominally open for foreign collaboration. Wigston noted that the government received “a lot of interest from potential allies, potential partners to join us in the program,” but did not offer specific examples.

According to earlier mockup models, the Mosquito boasts a narrow fuselage accompanied by a v-tail design. It is clear from the airframe alone that the drone’s design places a premium on low-observability performance. As a loyal wingman drone, the Mosquito will support the aircraft to which it is attached in a wide range of combat, reconnaissance, electronic warfare, and surveillance roles. To this end, the drone will likely boast a degree of modularity allowing it to be customized for the specific task at hand. The drone is expected to carry missiles of its own, though it remains to be seen if it also has the functionality to cue its mothership’s missiles like the Russian Okhotnik-B loyal wingman drone is able to do for the Su-57 fighter. With its unmanned and purportedly low-cost design, the Mosquito drone can perform tasks that would be deemed too risky, attritable, or cost-inefficient for the UK’s manned fighter fleet. As of the time of writing, little has been revealed by way of the Mosquito drone’s concrete specifications.

Whereas the UK is taking its time to court foreign investment and to lay a financially solvent foundation for its Tempest fighter, one of London’s leading priorities for the Mosquito drone is to field it as fast as possible. “...for me, the imperative is to get this into service as quickly as we can,” noted Wigston. “And as I say, getting our Mosquito loyal wingman in service by the end of this decade is my challenge to the team.”