To Build the Army of the Future, Scientists Are Going Microscopic 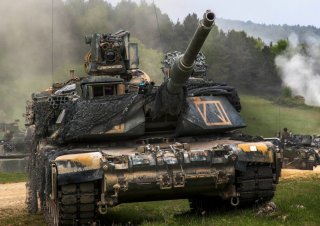 ABERDEEN PROVING GROUNDS, MD— The weapons, tactics, and materials used in warfare in 2040 may be developed by a quiet, intensely focused group of Army Research Laboratory (ARL) scientists who are testing and creating new warfare materials in hopes of uncovering paradigm-changing technologies.

“The focus of our research is to non-destructively evaluate the microstructure of materials to get full three-dimensional information that lets us determine optimal processing conditions to engineer better-performing materials for the soldiers. … We understand that critical information about defects, their size, their location, their shapes,  and we can minimize those defects by adjusting processing conditions,” Dr. Jennifer Sietins, a materials engineer at the Army Research Laboratory, told the National Interest in an interview. “We look at metals, composites, ceramics, polymers, ceramic armor, and energetic materials.”

Much of the scientific work includes visionary thinking, allowing ARL experts to innovate by exploring new layers, mixtures, and configurations of materials at the microscopic level. Sietins explained that many of the techniques include not only the use of different combinations of materials but also continued exploration of how materials are engineered.

“We are looking at adjusting the processing times, the temperatures, and pressures … and we're also altering the compositions,” Sietins told the National Interest.

Much of the process is referred to as “additive manufacturing,” wherein materials with specific value-added properties are mixed, blended, and produced together in layers. Dr. Nicholas Ku, a materials engineer at the ARL’s ceramic and transparent materials branch, explained this process to the National Interest, saying that the volume, composition, and layering of materials such as silicon carbide can be adjusted in search of new combinations with improved properties.

The innovative work, while described as “basic research” aimed at making breakthroughs decades into the future, also generates shorter-term value in some instances.

Much of the research is done at the microscopic level, using various applications of nano-computing capable of generating three-dimensional images smaller than a single strand of hair, Sietins added.

“This gives us the microstructural components related to how materials are made and also gives us information about their performance,” she explained.

The work currently being done by Sietins, Ku, and other ARL scientists may very well determine the material composition, design structure, configuration, and performance parameters of tanks, body armor, guns, and even ammunition in the year 2050.