To Build a Future Democracy, Libyans are Looking to Their Past 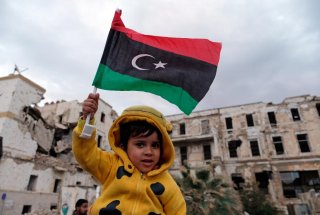 Amidst soaring rhetoric, the most accurate statement from the recent “Summit for Democracy” was also perhaps its most simple. “Democracy is hard,” said President Joe Biden. From his own life and political career, Biden is well-placed to understand how the United States has struggled with sustaining its own democracy, let alone supporting it elsewhere.

Born as the United States entered World War II to defend democracy, even as it denied rights to many at home, Biden’s own inauguration was overshadowed by an attempted coup. In terms of foreign policy, Biden started his political career campaigning against the war in Vietnam, a campaign with its own faux-democratic promotion, yet voted for the U.S. effort to install a democracy in Afghanistan before overseeing its collapse this year.

These experiences have convinced Biden of two things: the centrality of democracy in U.S. foreign policy but also how hard such efforts are. In July, Secretary of State Antony Blinken told U.S. ambassadors that democracy promotion is “squarely in America’s national interests,” but also that the United States will “ask no more of other countries than we ask of ourselves.”

This is a new, savvier, and more self-reflective foreign policy. It has the real potential to reverse a current decline in the number of democratic states. However, Biden and Blinken will only succeed if they continue to mix pragmatism and principle in their methods of democracy promotion.

Democracy has suffered setbacks in recent decades, often due to the view that democracy is achievable with enough willpower. Bush summarized this idea best when he said, “Where we find young democracies, we need to help them. Where we find the enemy, we need to fight them.” The idea was that all a country needed to do was to topple the dictator and write a constitution modeled on Western lines and a democracy would spring forth. Conversely, this perspective also left the United States to view countries with surface-level democratic structures as true democracies and all alternatives as inherently despotic.

But this was a fundamental misunderstanding of the democratic process. Democracy is slow and emerges from local history and context—it can seldom be installed from abroad. History shows us that very few democracies emerged fully-fledged after outside pressure, with Germany and Japan being the only true contenders and even then, after massive conflict. In fact, like the United States and the United Kingdom, stable democracies are more likely to slowly emerge out of a process of steady change and adaptation.

Attempts to shortcut this process are fraught with risks. If democratic institutions do not carry historical legitimacy, they often lack roots and are viewed as artificially imposed. When they fail, they tarnish activists, leaders, and the ideology of democracy itself.

The Biden administration has shown encouraging signs of learning from past mistakes as evidenced by the Democracy Summit’s invitee list. This recognized that domestic debates are imperative in helping countries transition towards democracy. But beyond this, the United States should recognize and support willing local partners that have the potential to emerge as democratic institutions. These range in nature globally—from the Loya Jirga in Afghanistan to a renewed constitutional monarchy in Libya—but all share key traits of being broadly locally accepted democratic models, historically legitimate with a strong independent narrative, and possessing values of tolerance and discussion.

In Afghanistan, the institution of the Loya Jirga dates back to the eighteenth century. It serves as a grand democratic assembly to solve pressing issues such as the death of a head of state or the decision to go to war. However, it is not confined to these issues. In its long history as a democratic institution, it also deliberated over ratifying constitutions and internal reforms. In 2003 and 2020, it met, respectively, to consider a new constitution and then to decide the fate of Taliban prisoners. This is an institution with roots, and the ability to speak for the country. Unlike the United States and its allies, it is an institution which enjoys a wide degree of acceptance from leaders in and outside of the Taliban.

Thus, instead of pursuing a Western-style government, the United States should have pursued this local model of democratic governance in its state-building efforts. Yet not only was it not considered, but according to some it was also manipulated to oppose the restoration of the last king of Afghanistan, Mohammed Zahir Shah, with the aim of installing Hamid Karzai as Afghanistan’s president and the U.S. frontman.

Despite these failures, there is a chance today to avoid the same error in Libya. After a decade of violence and conflict, Libya is on the precipice of toppling once more. Elections planned for December 24, 2021, were delayed due to an inability to reach consensus thanks to the help of Western-imposed ideas. Had Western powers bothered to listen to the analysis of local actors, they would have understood why international efforts did not stand a chance.

Sadly, once again local grassroots initiatives are falling on deaf ears. While the world focused on the cancellation of the December 24 elections, another group of local actors, led by the Libyan Organization for the Return of Constitutional Legitimacy, were instead looking towards their future. Gathering across the country, these Libyans came together to decree that Libya already has a solution, a constitutional monarchy based on its 1951 independence constitution, under the leadership of Crown Prince Mohammed El Hasan el Rida el Senussi. 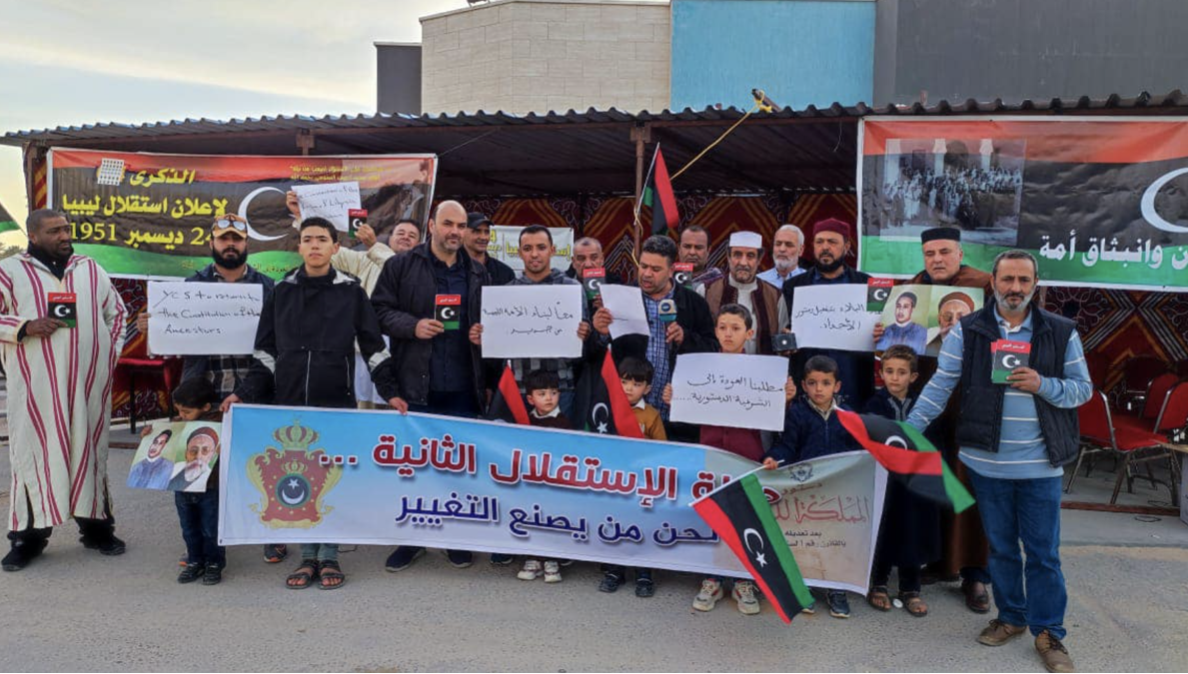 Grassroots Libyan activists in Zliten showing support for the 1951 constitution.

With gatherings in Tripoli, Zilten, Deena, Derna, and Tobruk, the movement advocating for the restoration of the 1951 constitution gathered to hear the crown prince’s annual independence address. Even the Palace of Al-Khalid, the residence of King Idris, the last king of Libya, saw a gathering taking place. Similar support was expressed through a series of billboards that popped up across the country, which, in Arabic and English, sought to remind Libyans and international actors alike that there was no need to look beyond 1951 for a solution to the Libyan file. 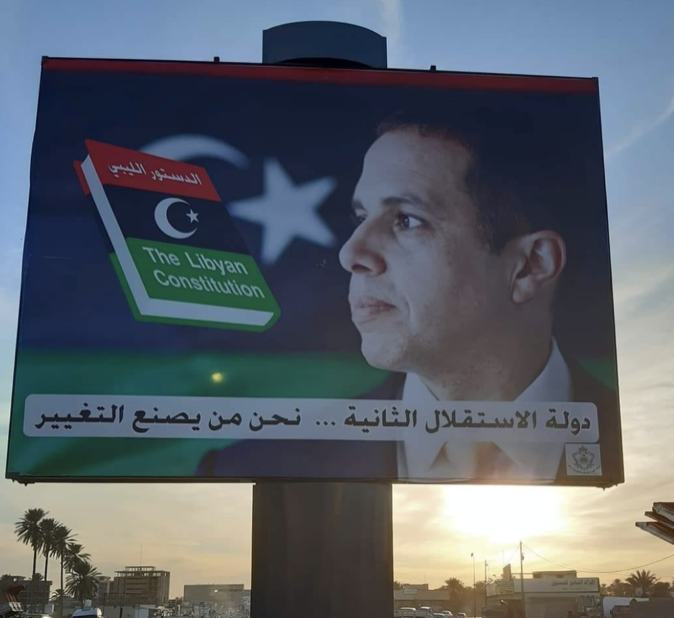 A billboard in Libya pledging allegiance to the 1951 constitution and Prince Mohammed El Senussi.

Ignoring local calls, international media was relatively quiet in its reporting of the address and these events. The continued incessant focus on foreign-imposed institutions will undoubtedly see violent disagreements erupting over the course of the next few months. Considering that both sides of the civil war are fielding their own candidates and see others’ involvement in the reconstruction of Libya as part of a zero-sum game, the potential for a renewal of conflict in the immediate future seems extremely likely.

Libyan-backed proposals to return to a constitutional Monarchy under which elections could take place must stop being ignored. The United States and the international community must seize this opportunity. By supporting the Senoussi family, which in the past similarly united the nation of Libya, an institution with a proven democratic ethos and which would undoubtedly serve as a basis for unifying the country can be found.

Although rejected as archaic and unlikely to lead to democracy, recent history has shown that such local models indeed have more staying power than transposed Western models. The Biden administration stands at a unique crossroads. It has the chance to learn from past failures of U.S. democracy promotion and work with local actors globally to strengthen democracy against an authoritarian attack. If not, U.S. policy will amount to little more than a summit.

Alamin Shtiwi Abolmagir is the Deputy Director of the Libyan Organization for the Return of Constitutional Legitimacy.