Building the Future: How China and Russia Promote AI Development 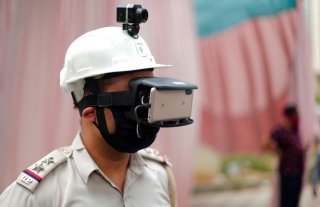 The rapid changes in Artificial Intelligence (AI) technologies have set the stage for a global digital race, unleashing a flurry of AI nationalism for governments to rein in new technologies. Among them are two global contenders, China and Russia, which formulated AI policy and mobilized massive resources to gain prominent roles in the global tech race. Why would the political leaders of these countries want to pursue such ambitions with a global vision? Careful analysis of their national strategies indicates that different political motives coupled with economic advantages led to two divergent strategies on AI development in China and Russia. China aims to maintain its party power by promoting an AI-powered competitive economy, while Russia wishes to develop its AI capacity to further harness its military might that will help to keep its competitive advantage vis-à-vis the West.

In recent years, AI has become a top priority for Chinese leaders who aim to take the global lead in becoming “science and technology superpower.” In this regard, the Chinese government issued its “Next Generation AI Development Plan,” a national strategy adopted in 2017 that lays out the government`s intention to promote the wide-ranging aspects of AI development. Under the framework “innovation driven” strategy, the Chinese government aimed to possess an AI industry in civilian and military spheres worth over $150 billion by 2030, surpassing the United States in such capacity. The policy orientation of the Chinese government for AI development appears to rely on an important logic: coexistence of the government’s role as guiding player with an intense dynamism of private sector breakthroughs. Unlike the free-market approach to AI policy that characterizes government policy in the United States, China has heavily promoted a state-backed policy of “indigenous innovation” to develop AI technologies through various support mechanisms which has taken multiple forms ranging from basic research to commercialization. The government`s support policy for AI development seems to be closely linked to four important elements that drive the AI industry: hardware chips, data input for AI algorithms, fundamental research for algorithm development, and the AI ecosystem for commercial purposes.

The central government indeed played an important role, but much of the momentum behind AI in China has been driven by private-sector tech firms thanks to their access to big data and government support for the commercialization of AI in potential markets. The tech giants Alibaba, Baidu, and Tencent along with start-ups have already been on the cutting edge of AI technologies such as image and voice recognition which translated into new products, including self-driving cars and automated personal assistants. In 2018, the Chinese government announced that Baidu, Alibaba, Tencent, iFlytek, and SenseTime are officially the country’s “AI champions,” meaning that they have acted flexibly within a regulatory environment vis-à-vis foreign competitors provided that they cooperate with the government.

Although China’s aim to grab competitive advantage as an early mover and increase new frontiers for economic growth remains to be an important motif to spur the AI development, the leadership’s political rationale should not be ignored from the observation. The political leadership appears to be reasoning that competitive economy and state security that new AI revolution drive will help maintain Communist Party’s control in the country. Indeed, China’s goal to reach AI supremacy aims to increase economic growth through the digital economy and innovative industries. Observers argue that the rhetoric, as well as performance of continuous economic growth, has de facto replaced the CCP’s Marxist ideology, becoming an important means of its political legitimacy to sustain political stability. The political leaders clearly understand that maintaining the current pace of economic growth in the confrontational era characterized by both digital disruptions and geopolitical tensions is likely to exhaust in the near future with the current economic model of low-wage manufacturing and dependency on foreign technologies. It is for this reason that the government launched “Made in China 2025,” a state-led industrial policy aimed at updating its manufacturing base and achieving self-reliance on technology by developing high-tech industries. The government plans to make AI development the backbone of a technology-fueled digital economy that adds high value-added growth.

The ongoing race in AI development marked a new reckoning in technological progress for another country, Russia, that has long contended for global superiority. Although Russia is already late to the global race, the government has started the debate on AI development at the national level by facilitating the mobilization of financial and human resources across the technical, industrial, and academic realms. Acknowledging contemporary economic and security implications of AI, Russian President Vladimir Putin declared that AI is “humanity`s future” and the leader in the field of AI would become “the master of the world.” For this, the government adopted “National Strategy for the Development of Artificial Intelligence” in 2019 to foster Russia`s technological catch-up with other advanced countries through 2030. The document came under the broader national program of “Digital Economy,” a twenty-page strategy that outlines the Russian concept of AI, guides governments and private sector activity, and promotes the potential development of AI technologies in key areas that Russia sees as a comparative advantage.

The Russian interest in an unfolding AI development strategy in fact did not start as a government-led initiative, but individual demands within different bodies in the government. To this matter of national importance, the state became an important player with its investment mechanisms in promoting AI research, nurturing human talent, and building infrastructure and regulatory systems. In contrast to China, the Russian state’s involvement in AI policymaking has distinct features that is in line with its personalist political structure. Instead of handling the strategy to institutional actors, political leaders outsourced the whole process of drafting the strategies, developing AI technology, and conducting related projects to a handful of politically connected individuals at the top of Russian state corporations such as Sberbank, Rosatom, and Rostekh. The realities of the state-dominated policy landscape and investment environment in Russia have revealed another important feature of AI development: a noticeably weak involvement of private actors in AI ecosystem compared to its competitors. Currently, Russia has merely 217 startups working on AI compared to thousands in the United States and China.

The analysis of official policy suggests an important insight into the thinking of Russia’s leaders: the harnessing of homegrown AI technologies can help fulfill an objective of diversifying its resource-dependent economy, while setting it free from dependency on technology imports. However, apart from economic considerations as seen in the Chinese case, the potential application of AI technologies in Russia is closely connected to the political logic that keeps the leaders in power. In the authoritarian context of Russia, political leaders tend to see the necessity of AI nationalism through the prism of power politics: they want to mobilize strategic resources towards AI technologies to gain military superiority in the international arena.

Russian leaders’ objective of promoting AI technologies is directly connected to the military-industrial complex. The industry has a clear advantage of taking the lead for Russian AI development. First, the industry has always been a crucial pioneer behind Russia’s technological advancement during and after the Soviet Union. Also, the increasing Russian investment in introducing the latest AI technology to the armed forces informs the political leaders` view that AI is being militarized and they are behind in this race. The investment in military AI seems to be based on the Kremlin`s reasoning that in the fierce race over AI domination Russia only has a comparative advantage over the West in two domains: conventional and defense technologies as well as high-impact, low-cost asymmetric warfare. The open-access information allows us to conclude this strategy: the Russian defense sector managed to monopolize the research and applications of AI for the market. In fact, high-level representatives at the Ministry of Defense have occasionally hinted that the Russian army already possesses several AI-enabled autonomous weapons, including unmanned aerial vehicles and underwater robots.

Apart from the economic rationale, advancing military applications for AI are important for the political regime in at least two ways: the army’s technological superiority is a means to promote Russia`s global superpower status and a strong military represents national prestige that the political leaders can use to spur populist rhetoric. Russia is the world’s second-largest arms exporter after the United States, a fact that the politicians, including the president, manipulate as a rhetorical part of the country’s national greatness. Such populist rhetoric of a “great power fighting against the external enemies” already became a new discourse that feeds the legitimacy of the rotten regime of President Putin who stayed in power for two decades without reorganizing the country’s oil-dependent economy. Recently, however, political leaders started to become convinced that the military’s current condition does not live up to that rhetoric. Thus, they showed an interest in AI technologies as a part of their campaign to catch up on a defense modernization on par with other great powers, the United States and China.

The analysis above indicates that the Chinese government approaches AI development policy by designing a unique policy to data collection and creating an innovation ecosystem in which strong top-down state support promotes bottom-up private initiatives. The policy behind AI development seems to advance the party’s political motives regarding the transition to a knowledge-based competitive economy. In contrast, the state-led policy of AI development in Russia reveals that drafting and implementing AI policy was outsourced to a handful of important state-owned companies that share a close affinity with the president. Unlike China, Russian leaders seem to comprehend the regressive nature of their capabilities and thus aim to gain a comparative advantage in AI technologies by focusing on AI-powered military weaponry.