Can ‘Kazakhstan 2.0’ Win the Fight Against Corruption? 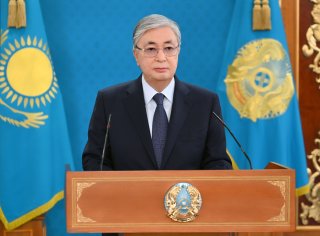 On June 5, Kazakhstan held a referendum to end super-presidencies and limit the powers of former President Nursultan Nazarbayev. Kazakhstan, which experienced massive protests in January of this year, will hopefully be a more transparent and fair nation after the referendum. However, one thorn remains in the country’s side: Mukhtar Ablyazov.

After the January 6 protests and the June 5 referendum, Kazakhstani president Kassym-Jomart Tokayev pledged the creation of a “Kazakhstan 2.0,” where transparency and fairness will prevail. Combating corruption and embezzlement in the country is a prominent component of this pledge.

There have been some promising developments. In mid-March, Kairat Satybaldy, an influential businessman, former security officer, and nephew of former President Nursultan Nazarbayev, was arrested on charges of “alleged embezzlement at the expense of Kazakhtelecom,” the state-controlled telecommunications company, in which Satybaldy has a 24 percent share. He may also have links to the January protests.  Satybaldy’s arrest, in addition to the results of the referendum, hopefully signal the continued diminishment of the influence of Nazarbayev and his family. Customs officers are now under the microscope as the government cracks down on “customs evasion.”

International institutions are also monitoring the Central Asian country. On June 15, the Council on Europe’s Group of States against Corruption (GRECO) released an evaluation report on Kazakhstan, which became a member of the group in 2020. The GRECO report notes that “the technical advancements undertaken on the anticorruption front … while encouraging, need to be framed in a broader context of institutional reform.” Additionally, the report adds that “the anti-corruption action taken by the Kazakh authorities, while commendable, needs to translate itself into more impact-driven results.”

GRECO also provides recommendations regarding legal proceedings in corruption cases. One suggestion is to perform “targeted measures” through the development of “tailored guidance and training to accountants, auditors, notaries, and particularly, lawyers,” to improve the management of reports for authorities about suspicions of corruption and money laundering. It is hoped that the relevant Kazakhstani authorities read the GRECO report with care and implement the necessary changes to promote greater transparency. (Transparency International ranked Kazakhstan at the number 102nd spot out of 180 countries in its 2021 Corruption Perceptions Index, so there is plenty of work to be done.)

The Ablyazov case is well known by now. A businessman and a former minister of energy, Mukhtar Ablyazov is accused of embezzling around six billion USD while he was chairman of BTA Bank. There are several legal proceedings against him across several jurisdictions. In 2018, he was sentenced in Kazakhstan, in absentia, to life in prison due to a murder charge. Two years later, Russia sentenced the banker, once again in absentia, to fifteen years in prison “regarding the alleged embezzlement of 58 billion rubles ($790 million) between 2006 and 2009.” The fugitive suffered another defeat in 2020 when a British court issued a freeze on $5 billion of his assets. The New York Supreme Court reportedly ruled against him in March as well. Meanwhile, France arrested him in 2013 and attempted to extradite him but ultimately canceled the process. Ablyazov still resides in France, where he has political refugee status.

The disgraced businessman has repeatedly portrayed himself as a victim of persecution, even founding a political movement, the Democratic Choice of Kazakhstan. When protests in Kazakhstan began in January, Ablyazov described himself to Reuters as a leader of the protests, claiming that he had a plan to return to Kazakhstan and lead a provisional caretaker government.

A Verdict in Italy

The latest chapter in the Ablyazov saga occurred in Italy, but it did not deal with the former businessman himself. In 2013, Italian authorities arrested Alma Shalabayeva, Ablyazov’s wife, along with their daughter. According to Amnesty International, the two were arrested in Rome following a raid carried out under “an outstanding warrant for [Ablyazov’s] arrest on fraud-related charges issued by the authorities of the United Kingdom, and a pending extradition request from Kazakhstan.” They were also accused of holding false passports. The two were then placed aboard a plane and sent back to Kazakhstan. By December of the same year, Nur-Sultan agreed that Shalabayeva and her daughter could leave the country to avoid a major scandal. They reportedly returned to Italy. It is unclear if the two are currently in contact with Mukhtar Ablyazov.

What is interesting are the consequences of the arrest. First, a judicial proceeding began against law enforcement and judicial authorities involved in the operation. Giuseppe Procaccini, then-chief of staff of the Italian interior minister, resigned in 2013 over the expulsion. In 2020, several Italian police officers, including high-ranking ones, and a judge, Stefania Lavore, all of whom were involved in Shalabayeva’s arrest, were sentenced to various prison terms for kidnapping in the first degree. They appealed the verdict, and in early June, the Court of Appeal of Perugia exonerated them.

The traumatic ordeal Shalabayeva and especially her then-six-year-old daughter had to endure cannot be minimized. With that said, the acquittal of the Italian officers and judge who participated in the operation reinforces the validity of the various legal processes against Mukhtar Ablyazov.

From a macro perspective, the Italian court’s decision to exonerate the officials responsible for Shalabayeva’s arrest and extradition is a moral victory for Kazakhstan. Yet, it will have a limited impact on the cases against Ablyazov, who has shown no interest in leaving France. While recent cases against corrupt officials and influential business people are significant in raising hopes of greater transparency and good governance across Kazakhstan in the wake of reform, the Ablyazov case remains unresolved.

Wilder Alejandro Sánchez is the President of Second Floor Strategies and an analyst of global defense, geopolitical and trade issues.