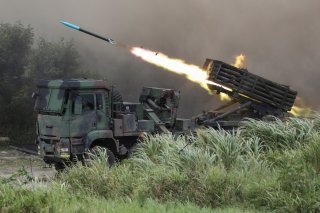 Can the Porcupine Doctrine adequately defend Taiwan from Chinese aggression? The American defense establishment certainly hopes so. Developed in 2008 by William S. Murray, a professor at the U.S. Naval War College, and adopted by President Tsai Ing-wen in 2016, the Porcupine Doctrine is a strategy that focuses on having Taiwan use asymmetric warfare to create such an untenable number of losses that the Chinese People’s Liberation Army (PLA) will be deterred from invading. This doctrine replaced the earlier Taiwanese strategy of defeating China with conventional military equipment instead of asymmetric forces. Its proponents hope that much like Ukraine has held back Russia, the twenty-three-million-strong, democratic nation of Taiwan can also successfully resist an invasion by a 1.4-billion-person strong autocracy with aims of regional hegemony.

However, the PLA’s history suggests that Taiwan’s fate will not parallel Ukraine’s and that the Porcupine Doctrine is inappropriate for Taiwan. The PLA’s last war was in 1979 when it fought against Vietnam. During the conflict, the Chinese outgunned and outnumbered the Vietnamese, but the latter was still able to put up a staunch defense and kill 26,000 PLA soldiers. These losses were inflicted using equipment left over from Vietnam’s war with the United States and donations from allies in a fashion similar to Taiwan’s situation. The PLA’s goal was to teach Vietnam a lesson rather than to conquer it, and the Chinese succeeded by pushing 25 miles into Vietnam and threatening the capital which was defended by a general mobilization of Vietnamese. Despite high losses for such small gains, China declared victory. This suggests the PLA did not care about losses if it achieved its goals.

Consequently, the Porcupine Doctrine’s underlying tenet—that the PLA would decline to invade Taiwan because of some undefined level of unacceptable losses—appears unsubstantiated. To be sure, Taiwan is of far greater importance to China than Vietnam was. The Chinese Communist Party (CCP) has based its legitimacy and authority on conquering Taiwan, and its leaders recognize that the permanent loss of the island could result in their overthrow or death. Thus, it seems unlikely that the potential for high casualties will deter the CCP if they have the capability to seize Taiwan.

The last successful invasion of an island roughly Taiwan’s size (Sicily) required thousands of landing craft and 200mm+ naval gun support, both of which the PLA currently lacks. The PLA-Air Force is also insufficient to compensate for the lack of naval fire support. This substantial gap between what such an invasion requires and what China has on hand is the only obstacle to China moving forward. However, once the PLA feels confident that they can take over the island, they will likely do so even with the knowledge it will lead to massive casualties.

The Porcupine Doctrine is founded on the informal alliance with the United States. Japan, which is well regarded in Taiwan and has severe grievances with China, might also participate in Taiwan’s defense. However, according to U.S. war games, the United States will lose a war with China without the utilization of nuclear weapons. As a result, Taiwan could quickly find itself fighting on its own against China while under a PLA Navy blockade. An unbroken blockade would cause severe damage to the Taiwanese economy while also ensuring that Taiwan is unable to replenish its supply of military equipment, much of which comes from the West.

In light of these realities, it would make more sense for Taiwan to study how countries like Iran have fought against more powerful nations like Israel, Saudi Arabia, and the United States. An effective strategy might include utilizing swarms of cheap yet effective rockets, mortars, suicide drones, and suicide unmanned surface vessels against PLA landing and support ships. Taiwan could also augment its air defense systems with mobile medium-range air defense systems, such as NASAMS, and greatly increase the number of shoulder-fired surface-to-air missiles across its armed forces to decimate the PLA Air Force. In addition, suicide unmanned aerial vehicles could launch attacks on Chinese mainland targets, while rockets, mortars, and grenade launchers could destroy Chinese troops and equipment on Taiwanese beaches. Rather than the sophisticated, expensive equipment on which the Porcupine Doctrine is based, using equipment that is cheaper, easier, and faster to produce or procure is the better strategy.

Paul Weisko is a research associate at the Maritime Policy and Strategy Research Center at the University of Haifa. His specialty is East Asian Naval Security.