Can Armenia and Azerbaijan Settle Their Differences at the Eastern Partnership Summit? 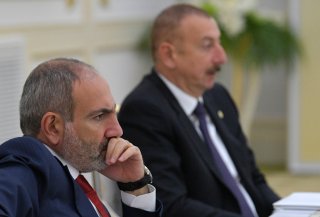 On November 19, European Council president Charles Michel announced that he would meet with the leaders of Armenia and Azerbaijan during the European Union’s (EU) Eastern Partnership Summit on December 15.

The EU previously met with these two countries during the summer as they negotiated a prisoner exchange. Azerbaijan released fifteen Armenian prisoners of war captured during the recent escalation in the Nagorno-Karabakh crisis in exchange for maps that showed where the Armenians had planted landmines in the conflicted region.

The upcoming meeting is the latest attempt to deescalate the ongoing Nagorno-Karabakh crisis. Earlier this month, Armenian and Azerbaijani troops clashed in the conflicted region, resulting in Russia’s intervention. The Russian Federation urged these two countries to adhere to the current ceasefire. Armenia and Azerbaijan also established a “direct line of communication“ ahead of next month’s summit as they try to resolve the conflict. And the meeting with Armenian prime minister Nikol Pashinyan, Azerbaijani president Ilham Aliyev, and European Council president Charles Michel will also allow the EU to play a role in the Nagorno-Karabakh peace negotiation process.

But what does the EU hope to gain from the upcoming summit with Armenia and Azerbaijan? And how can the EU involve itself in the peace talks between these two countries?

First, the EU should continue to provide financial assistance and humanitarian aid to try and resolve the conflict. To date, the EU has provided over €17 million in aid that has contributed to efforts including assisting those displaced by the conflict and rebuilding projects. While this assistance has not ended the war, it has provided essentials like food, clothing, and medical aid, to those affected by the crisis. Future financial aid might also contribute to a post-conflict reconstruction fund, which could be used to rebuild infrastructure destroyed in the conflict.

Second, the EU could provide insight into the peace negotiation process. Turkey and Russia have actively worked with Armenia and Azerbaijan to create and enforce a ceasefire. Turkey has sent observers to the Nagorno-Karabakh region to monitor the situation. Meanwhile, Russia has deployed peacekeeping forces. Despite these efforts, the ceasefire continues to be violated.

Thirteen Armenian and Azerbaijani troops were killed in a recent skirmish in the region, and many more were wounded. By involving the EU, the Western organization’s members could field their own peacekeeping mission to help enforce the ceasefire. This peacekeeping force would collaborate with Russia and Turkey to ensure that the violence subsides. The action may also lead to the reintroduction of the Minsk Group’s mediation force in the Nagorno-Karabakh region, which, in turn, could result in the demarcation of Armenia and Azerbaijan.

The upcoming Eastern Partnership Summit presents the EU with an opportunity to join the peace negotiation process between Armenia and Azerbaijan. The Western organization could provide additional humanitarian assistance to Armenia and Azerbaijan, send peacekeepers to the region, and establish new economic opportunities. The Nagorno-Karabakh conflict will not end overnight—it will take time to resolve this crisis—but the EU’s involvement could be an important step in the negotiation process. If President Michel has a productive discussion with Prime Minister Pashinyan and President Aliyev, then the EU’s interactions with Armenia and Azerbaijan could help end the Nagorno-Karabakh conflict.

Mark Temnycky is an accredited freelance journalist covering Eastern Europe and a non-resident fellow at the Atlantic Council's Eurasia Center.