Can China Be Stopped From Stealing Technology From U.S. Colleges? 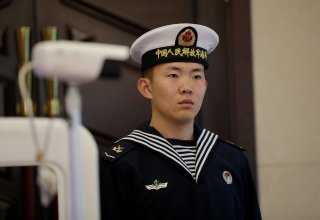 Congress is cracking down on Chinese espionage taking place throughout the U.S. scientific community by requiring researchers to disclose foreign funding sources in federal grant applications.

“The United States faces the greatest adversary we have ever known in China,” Waltz said in a written statement. “For years, the Chinese Communist Party has infiltrated our colleges and universities, using them to steal sensitive scientific research and information. America can no longer be a safe harbor for blatant espionage and intellectual property theft—and I’m glad this is a bipartisan concern across the Armed Services Committee.”

Waltz’s amendments also enhance enforcement authorities for federal agencies and require the U.S. Secretary of Defense to develop and maintain a list of foreign talent recruitment programs posing a threat to national security. This development comes at a time when Congress is already moving quickly to massively uptick the U.S. military presence in the Pacific. The ranking member of HASC, Representative Mac Thornberry, is spearheading a specific legislative proposal to add as much as $6 billion to the 2021 defense budget to increase the U.S. military footprint in the region.

China’s cyber espionage, for example, has been well known and documented for years; a 2010 Defense Science Board report specifically cites instances of Chinese theft of U.S. military weapons specifications. Much of this concern comes at a time when Pentagon weapons developers are working quickly to address emerging Chinese military threats in certain technical areas, such as hypersonics, anti-satellite weapons, AI and quantum mechanics.

China’s foreign talent recruitment program, commonly referred to as the Thousand Talents Program, incentivizes Chinese nationals to gain access to American research and transmit it back to the Chinese government, Waltz’s statement added.