Can the Democrats Get Social Security Reform Through Congress? 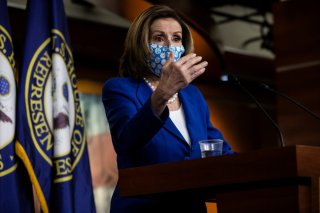 Last year, the Social Security Administration announced that the program will lose the ability to pay out full benefits starting in 2034, a year earlier than previously forecast. That means that if no changes are made by Congress, Social Security will have to pay out a lower amount of benefits in 2034.

One member of Congress, Rep. John Larson (D-CT), has introduced a bill called Social Security 2100, which is an updated version of a plan he proposed in the past. Larson, chairman of the House Ways and Means Social Security Subcommittee, has held hearings on the new proposal, which Larson says will raise benefits, protect against inflation, and repeal the Windfall Elimination Provision and Government Pension Offset.

While those hearings have been held, the proposal hasn’t gotten a massive amount of media attention, nor has it been embraced as a priority for either the White House or leaders in Congress. A new report examines exactly why that is.

Over the weekend, the Intercept hosted Rep. Larson on its podcast and reported on what’s going on behind the scenes with the Social Security 2100 proposal. The Intercept report noted that while the bill has more than 200 co-sponsors in the House, it has yet to receive a committee vote.

The piece put some blame for the slow movement of the bill at the feet of Wendell Primus, a top staffer for House Speaker Nancy Pelosi (D-CA.) The staffer, per the report, is “seen by many in the world of Washington, D.C., progressive politics as embodying a mindset from the Democratic Party’s past, when all that seemed possible was preventing cuts to important social programs, rather than going on offense.”

“My argument is that this does take care of the children. [Social Security] is the No. 1 anti-poverty program for children,” Larson told the news outlet.

The Congressman is confident that the bill will eventually get a vote in the House, and that it may even earn some Republican votes. Larson noted that former House Freedom Caucus chairman and Trump White House chief of staff Mark Meadows once told him that if Larson’s proposal made it to the floor, “you’re going to find a lot of Republicans are going to be voting for [it].” However, it’s not clear if Meadows’ statement applied to the current version of the bill or past ones.

The plan would have a harder time passing the Senate due to rules that the reconciliation process cannot be used for changes to Social Security. Those rules mean that it would be subject to the filibuster.

“For all of these reasons, passing Larson’s bill — or just forcing Republicans to defeat it — should be a potent issue for Democrats going into the midterms, especially in an atmosphere in which the party badly needs to demonstrate results,” The Intercept concluded.