Will Social Security Be Dead in 15 Years? 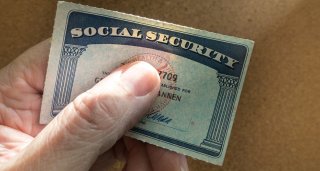 It is indeed hard to deny the fact that what worries many young workers today is that they won’t be able to enjoy the financial benefits of Social Security when they reach retirement age.

A recent Nationwide report admitted that “for decades, the pool of money was greater than the amount of money paid out in the form of (Social Security) benefits. As a result, there is also a surplus fund. But as of 2021, due to increased longevity and a decrease in the number of workers per beneficiary, Social Security will have to tap the surplus fund to meet its obligations.”

It continued with a warning: “If changes are not made to the existing system, the surplus fund will be depleted by 2034. The original pool of money will still be funded by payroll taxes, benefit taxes and interest, but beneficiaries would begin receiving reduced benefits.”

Nationwide’s 8th Annual Social Security Consumer Survey, conducted by the Harris Poll on behalf of the Nationwide Retirement Institute, revealed that younger workers indeed have major doubts that Social Security will even be around when it is their turn to retire.

Approximately seven in ten adults of those respondents twenty-five and older are concerned about the Social Security program running out of money during their lifetime. This worry climbs when comparing specific generations—seventy-seven percent of millennials, eighty-three percent of Gen Xers, and sixty-one percent of baby boomers.

Moreover, nearly half of millennials believe that they “will not get a dime of the Social Security benefits they have earned.”

Despite this waning confidence in the entire Social Security program, AARP, a U.S.-based interest group focusing on issues affecting those over the age of fifty, recently reported that many Americans do mistakenly believe that Social Security is going broke.

“Social Security does face funding challenges. For decades it collected more than it paid out, building a surplus of $2.9 trillion by the end of 2019. But the system is starting to pay out more than it takes in, largely because the retiree population is growing faster than the working population, and living longer. Without changes in how Social Security is financed, the surplus is projected to run out in 2035,” it continues.

But even if this occurs, the Social Security program still won’t necessarily be completely broke.

“It will still collect tax revenue and pay benefits. But it will only have enough to pay seventy-nine percent of scheduled benefits, according to the latest estimate. To avoid that outcome, Congress would need to take steps to shore up Social Security’s finances, as it did in 1983, the last time the program nearly depleted its reserves,” it adds.