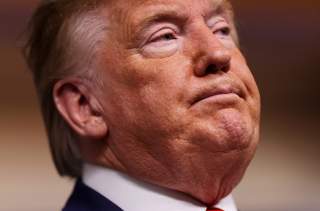 Created through an easy credit bubble, and triggered by the coronavirus pandemic, the United States economy stands on the precipice of depression.

The stock market, which President Trump has used for years as an indicator of his success, has crashed, and depleted any percentage gains seen under his administration. Requests for unemployment benefits have surged. The world is about to see a major market correction.

“What’s happening has not happened in our lifetime before…What we have is a crisis,” said Ray Dalio in an interview with CNBC. Dalio is a hedge fund manager and the founder of Bridgewater Associates, which oversees over $160 billion in assets. “There will also be individuals who have very big losses.”

Dalio predicts that corporate losses in the United States could run as high as $4 trillion, or even up to $12 trillion globally. For comparison, U.S. GDP at the end of 2019 was over $21 trillion.

“We’re down…somewhere in the vicinity of 10% to 20% kind of decline,” Dalio said, describing the current state of Bridgewater. “We missed that, you know, we’re kicking ourselves for missing that move…What happened was it didn’t come from the usual places, it came from not the usual ways that downturns come.”

The cause of the immediate panic was the spread of the coronavirus, which has led to major business shutdowns across the country. Until March, many U.S. officials, including those in the White House, did not believe the disease represented an existential threat. This left people unprepared for the beginning of quarantine measures.

Dalio’s preferred solution is the same the U.S. government took in 2008: massive expenditure by the federal government. “There’s a need for the government to spend more money, a lot more money,” he said during the television interview.

The numbers he suggested for a stimulus package were between $1.5 and $2 trillion. This would be more than double what the government spent during the 2007-2008 financial crisis and subsequent Great Recession. President George W. Bush passed a stimulus package in early 2008, with a cost of $152 billion, and President Barack Obama passed a second stimulus in early 2009 that totaled $831 billion. The U.S. government’s national debt stands at an inconceivable $23.5 trillion.

The theory that colossal government spending and debt increases can lead to economic recovery are based on the theories of early twentieth-century British economist John Maynard Keynes. The ideas laid forth in his magnum opus, The General Theory of Employment, Money, and Credit, were retroactively used to justify the policies of President Franklin Roosevelt’s New Deal. Some would argue that Keynes’ policy worldview was based on a misinterpretation of Say’s Law and was discredited by the stagflation of the 1970s.

Dalio concluded by saying “the mechanics” of the world’s central banks were influencing his own company’s response to the crisis.