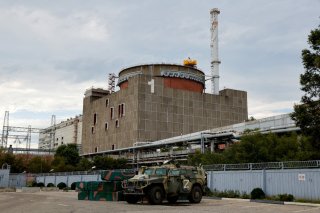 International Atomic Energy Agency (IAEA) chief Rafael Grossi said talks are underway to establish a protection zone around the Russian-held Zaporizhzhia nuclear power plant (NPP). “I have seen signs that they [Russia and Ukraine] are interested in this agreement,” Grossi said.  "What I see is two sides that are engaging with us, that are asking questions, lots of questions,” he added.

Grossi said the radius of the prospective protection zone and the role played by an onsite IAEA team are among two of the issues currently being discussed, according to Reuters. "It includes that. It may include other things," he said when asked if his proposal includes a ceasefire agreement. "Basically it's a commitment that no military action will include or will imply aiming, of course, at the plant, or a radius that could be affecting its normal operation. This is what we expect."

Grossi did not clarify who would control the plant under the IAEA plan. An IAEA report—published last week following the agency’s mission to the Zaporizhzhia NPP—called for the immediate establishment of a  "nuclear safety and security protection zone" around the plant.

French president Emmanuel Macron urged his Russian counterpart Vladimir Putin in a call on Sunday to vacate the Zaporizhzhia plant, citing the mounting “risks” of a nuclear catastrophe. Macron “recalled that the Russian occupation was the cause of the risks weighing today on the integrity of the Zaporizhzhia power plant” and, “asked that the Russian forces withdraw their heavy and light weapons and that the recommendations of the IAEA be followed up to ensure the safety of the site," said a statement published by his office. According to a Kremlin readout, Putin blamed Ukrainian forces for shelling the plant and said that Moscow is ready to work with the UN on “non-politicized” solutions to ensure the facility’s security.Kyiv officials have accused the Russian military of attacking the plant as part of a false flag operation to cast Ukraine in a negative light.

Kremlin spokesman Dmitry Peskov reiterated the Kremlin’s longstanding position that it will not consider any proposals to withdraw from the territory of the Zaporizhzhia plant. “Withdrawing troops from the Zaporizhzhia NPP is not on the table,” he said, according to The New Voice of Ukraine. Kyiv has previously insisted on the complete withdrawal of Russian forces from the facility and its restoration under Ukrainian control.

Ukrainian nuclear operator Energoatom announced Sunday it has decided to shut down the Zaporizhzhia NPP’s last working reactor, citing the heightened risk of a nuclear meltdown if it remains active. The operator said in a statement that a damaged power line was restored on Saturday, making it possible to run the plant’s systems using electricity from the Ukrainian power grid. “Therefore, a decision was made to shut down power unit No. 6 and transfer it to the safest state—cold shutdown,” the statement added.