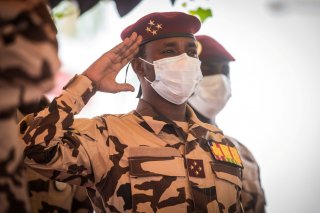 According to a statement put out by Deby’s office, the NTC will “act as a national assembly of transition” until the country’s next elections take place.

Following the death in combat of his father, Idriss Deby, the younger Deby took control of N’djamena, the country’s capital, and dismissed the Chadian parliament, promising “free and transparent elections” within eighteen months. These steps were a clear violation of the country’s constitution, which decrees that the head of the country’s parliament should become interim president until elections are held, leading to accusations that Deby had taken power in a coup. However, French Foreign Minister Jean-Yves Le Drian defended Deby’s actions, arguing that the “exceptional circumstances” of Chad’s security situation justified the deviation from the constitution.

The decree appointed some members of Chad’s political opposition to the National Transitional Council, but conspicuously excluded Wakit Tamma, a prominent opposition movement, as well as civil society organizations that opposed Deby’s takeover.

In the months since Deby’s takeover, he has consolidated power across the country. On May 11, his Transitional Military Council appointed Albert Pahimi Padacke, a nominal opposition figure, as interim prime minister. Padacke had earlier served as prime minister from 2016 until 2018, under the rule of the elder Deby.

On April 11, Padacke, a member of the National Rally of Chadian Democrats opposition party, lost the Chadian presidential election to Deby, receiving ten percent of the vote to Deby’s seventy-nine percent, giving the incumbent a sixth term in office.

However, less than two weeks later on April 20, the elder Deby was killed while leading troops in combat against the Chadian FACT rebel group. After continuing his father’s offensive, Mahamat Deby claimed victory over FACT in May, although minor skirmishes have continued in the country’s far north.

The two Debys have led Chad since 1990 when Deby’s Patriotic Salvation Movement (MPS) invaded Chad from Sudan and defeated the incumbent ruler, Hissene Habre. The MPS remains the largest political party in Chad and held 110 out of 188 seats in the country’s parliament prior to its dissolution.

Habre, who was later found guilty of war crimes at a 2016 international tribunal in Senegal, died of COVID-19 on August 24.