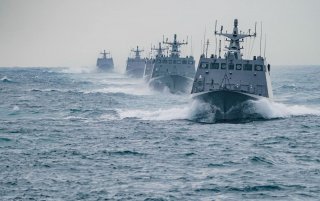 Taiwan’s loading up on new minelaying vessels. And it’s not hard to see why. With no realistic prospect of matching the Chinese navy warship for warship, the Taiwanese fleet is hoping that underwater minefields might help to sink an invasion fleet.