Child Tax Credit: When Are the Next Five Stimulus Checks Coming? 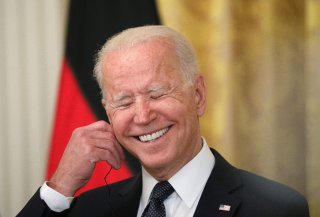 The first Child Tax Credit advance payments were sent out on Wednesday, April 15, one week ago. Each recipient household received or will receive a check containing $250 for children aged six through seventeen, and $300 for children five and under. There are thirty-six million of them across the United States, which accounts for roughly 90 percent of all U.S. children.

The majority of families—86 percent per the IRS estimate—that arranged to receive their payments via direct deposit will have already received them. The paper checks, on the other hand, will likely take several weeks to arrive, owing to the IRS’s paper backlog. The agency has been tasked with providing the Child Tax Credit and separately providing tax refunds for the most recent round of tax returns, filed by May 2021. In addition to this, roughly one in ten $1,400 stimulus checks from March 2021 has not been claimed yet.

The same legislation that provided for the stimulus check also approved the advance payment of the Child Tax Credit. The American Rescue Plan Act, signed into law in March by President Joe Biden, increased the annual tax credit from $2,000 to $3,000 to $3,600, depending on the child’s age. The bill also made the credit fully refundable, which means that a family can receive it as cash outright rather than simply a discount on their taxes. The IRS was tasked with sending out six advance payments. The July 15 check marked the first of these six payments and five more are on their way.

The next five payments will therefore be sent on Friday, August 13; Wednesday, September 15; Friday, October 15; Monday, November 15; and Wednesday, December 15. Together, the six payments will account for half of the year’s Child Tax Credit; the remaining half can be claimed on a family’s taxes in April 2022.