China Has An Aircraft Carrier – But No Jets to Train Pilots 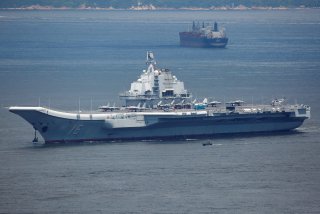