China Has A New Type 15 Tank: Should the U.S. Army Be Worried? 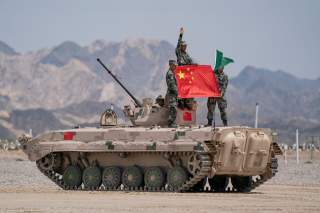 Mark Episkopos is a frequent contributor toThe National Interest and serves as research assistant at the Center for the National Interest. Mark is also a PhD student in History at American University. This article first appeared last spring.