China Hopes Its New Aircraft Carriers Can Win The Pacific From The U.S. Navy 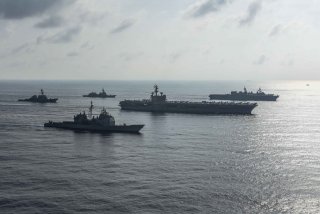 Here's What You Need To Remember: China’s rush to rival the United States as an aircraft carrier superpower reflects Beijing’s conviction, inculcated after the perceived humiliation of the Third Taiwan Crisis, that China can neither defend its eleven-thousand-mile-long coastline nor project seapower throughout the East Asia region without fielding a modernized carrier fleet; specifically, six of them by 2035.