China May Soon Have a New Weapon to Kill Navy Submarines 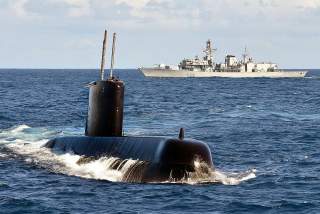