Is China Really Getting Ready to Invade Taiwan? 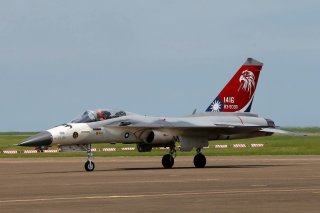 In what seems like now a daily occurance, Chinese warplanes violated Taipei’s airspace once again according to Taiwan News.

As the Chinese Communist Party (CCP) celebrated the hundredth anniversary of its founding this past summer, Beijing has accelerated its frequency of incursions and hardened its rhetoric over the “unshakable commitment” to unify with Taiwan.

In the days following President Joe Biden’s inauguration, Chinese sorties made a “large incursion” over the span of forty-eight hours. In April, Beijing made what was then perceived as the largest incursion into Taiwan’s air defense identification zone (ADIZ).

The months succeeding the April intrusion led to numerous other reports of other “record number” and “largest incursions,” with the most recent spectacle on October 3 when ninety-three military aircraft flew close to the tiny island over three days as Beijing celebrated its National Day holiday.

China’s repeated penetrations are consistent with preparations for an imminent attack by virtue of their appearance as pure routine, which has already revealed Taiwan’s tactics, techniques, and procedures (TTPs) for interception. China seeks to reduce Taiwanese readiness to respond to an attack and delay the recognition of an actual invasion.

The simultaneity of Beijing’s threatening actions and desensitized references to unify Taiwan amid nationalistic celebrations demonstrate the credibility and symbolism of this ongoing dilemma.

In response, Indo-Pacific Commander Admiral Philip Davidson testified before the U.S. Senate Armed Services Committee hearing contending, “I worry that they’re [China] accelerating their ambitions to supplant the United States and our leadership role in the rules-based international order... by 2050… Taiwan is clearly one of their ambitions before that. And I think the threat is manifest during this decade, in fact, in the next six years.”

The status of Taiwan has often remained politically elusive. On the one hand, the international community recognized Taipei as the independent Republic of China (ROC), i.e., the sole legitimate governing force of the mainland from its independence in 1949 until 1971 when the United Nations opted to establish relations with the People’s Republic of China (PRC).

Nearly a decade later, the Carter administration established diplomatic relations with the PRC and downgraded its recognition of Taiwan through the ratification of the Taiwan Relations Act of 1979 to continue the commercial, cultural, and other relations between the U.S. and Taiwan. Today, only fifteen states (large Pacific Island states) officially recognize Taiwan as the ROC and do not maintain official relations with Beijing.

Since then, the United States has sold defense articles to the Taiwanese through the Taipei Economic and Cultural Representative Office (TECRO) in Washington, D.C.—the de facto embassy. Its counterpart is the American Institute of Taiwan in Taipei.

The most recent notification of a major foreign military sale (FMS) to TECRO is the M109 Self-Propelled Howitzer System and associated materiel for $750 million. The family of M109s will enable the Taiwanese armed forces to maintain a credible defensive posture in the event of a direct land invasion.

The president of the U.S.-Taiwan Business Council Rupert J. Hammond-Chambers asserted, “[the sale] serves as a timely reminder of the close national security partnership between the United States and Taiwan,” as Beijing violates Taiwan’s ADIZ “on a near-daily basis… We also hope to see additional offers from the Biden administration of new capabilities to Taiwan to both help expand its current military posture and to continue improving its multilayered self-defense capacity.”

China’s recent incursions have routinely featured J-16 multirole strike fighters, Y-8 anti-submarine aircraft, and H-6 strategic bombers, Beijing’s B-52 equivalent. Since Washington only provides Taipei access with weapons that are defensive in nature, the Taiwanese government will need to continue modernizing its armed forces in ways such as upgrading the F-16 jets and surface-to-air missiles to enhance its capacity to intercept and defend against further Chinese encroachment.

In addition to the aerial show of force, Beijing is leveraging its economic clout to persuade trade partners to terminate diplomatic relations with Taiwan. Since mid-2016, the states of Sao Tome and Principe, Panama, Burkina Faso, El Salvador, the Dominican Republic, and the Solomon Islands, and the Republic of Kiribati have severed ties with Taipei.

China has also bought the silence of the majority of the Islamic world against its ongoing mass persecution of Uyghur Muslims. With Tibet, Beijing harasses states that host the Dalai Lama—the spiritual leader now in exile. Meanwhile, the CCP has cracked down on the foundation of Hong Kong’s democracy and warned against foreign bullying.

The accumulation of these developments reveals the CCP’s attempts to solidify its one-party rule, where Taiwan undoubtedly represents the biggest prize for China. Admiral Phil Davidson’s gloomy prognostication may very well be within the realm of possibility with the next half-decade or so.

Saba Sattar is a doctoral candidate of Statecraft and National Security at the Institute of World Politics (IWP) in Washington, D.C. She specializes in the Indo-Pacific region, with challenges ranging across the conflict continuum from low-intensity conflict to Chinese revisionism. She holds an M.A. in Statecraft and National Security Affairs from IWP, along with a B.S. in Criminology and B.A. in International Affairs from George Mason University.