Is China Set to Dominate over America in Quantum Computing and Artificial Intelligence? 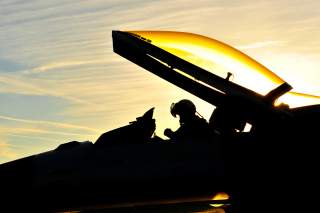 Washington is shifting its attention to strategic technology competition with Beijing. While long pushed in the Pentagon, other government branches like Congress, federal departments and even lobbyists are now advocating and investing in new technologies like quantum science and machine learning. These technologies, and others, will be critical in a new era of strategic competition.

Elements of the Pentagon have been ringing the alarm bells for years. The third offset strategy, portions of which started in 2012, was pushed through by Defense Secretary Ash Carter and Deputy Defense Secretary Bob Work in the last two years of the Obama administration. It was offered as a potential technological solution to maintaining US military power in an era of stagnant defence budgets, a degrading qualitative military advantage and an inability to strategically reprioritise.

While the third offset diagnosed the problem correctly, and laid a foundation, it never fully reorientated the US to a great-power-competition footing. Work has since said that he regrets talking about the third offset, not because it had the wrong aim or strategy, but because it made ‘it sound like we had the advantage and we had the time to think about it and go through the motions’.

Defense Secretary James Mattis hasn’t wasted time going back through the same motions. He flatly stated that the US’s ‘competitive advantage has eroded in every domain of warfare’ when launching the national defence strategy in January.

However, strategic competition is expanding beyond the defence and military domains. Both the defence strategy and the national security strategy frame the US qualitative advantage as based on what they call the national security innovation base, or America’s ‘network of knowledge, capabilities, and people—including academia, National Laboratories, and the private sector’.

The national security innovation base is as much about national economic power and capability as it is about maintaining a qualitative military advantage. One bleeds into the other. Long-term advantages will be attained by those who develop new technologies and set the rules for their use.

The potential for some of these technologies to affect the way information is exchanged, monitored and controlled has led to rising concern over dual-use technologies and commercial ‘entanglement’ between US and Chinese researchers, investment and intellectual property.

While the Pentagon has been building the case for the past half-decade or more, Congress has begun to catch up and put weight behind the strategy. Two technologies in particular have recently caught the attention of lawmakers: quantum computing and artificial intelligence.

The US has long been active in quantum computing. DARPA set up the first quantum communications network in 2003. In recent years, the US government has spent an average of US$200 million a year on quantum research, which included the Obama administration’s 2016 interagency working group on quantum information science. However, some experts contend that the US now lags behind China in the race for quantum supremacy.

The House Science, Space and Technology Committee recently approved the National Quantum Initiative Act, sponsored by its Republican chairman, Lamar Smith. The NQI is a 10-year program that will spur interagency coordination, direct investment into quantum research, set agendas for the development of quantum information science, and encourage public–private partnerships with industry experts and academics. Meanwhile, Democrat Senator Kamala Harris introduced the Quantum Computing Research Act, which would establish a Department of Defense Quantum Computing Research Consortium. If the act is passed, it would increase the department’s resources to spur a ‘competitive edge’ for the US in quantum computing.

These initiatives all come after the establishment of the Quantum Industry Coalition to lobby for a government-wide approach to quantum research and development. Its members are a mix of start-ups and industry leaders like Intel, Lockheed Martin, QxBranch and Rigetti Computing.

Elements of the executive branch are also starting to mobilise on quantum technology. The Office of Science and Technology Policy is set to establish a quantum information science subcommittee, with the aim of creating a ‘national agenda’ on quantum science research and overseeing research initiatives across the federal government.

Machine learning and artificial intelligence are also getting more attention from government. The Pentagon recently established the Joint Artificial Intelligence Center, an effort to coordinate AI activities across the military. The centre will set AI ‘standards … tools, shared data, reusable technology, processes, and expertise’ for the whole defence department. Other executive-level efforts, such as the newly created Interagency Select Committee on Artificial Intelligence, will provide the White House with recommendations on machine learning and network information technology.

Republican Elise Stefanik recently introduced AI legislation into the House. Stefanik, a member of the House Armed Services Committee and chair of the Emerging Threats and Capabilities Subcommittee, emphasised the importance of AI capabilities to national security as well as its vast economic potential. If passed, the legislation would establish a national security commission on AI, foster research and investment, and create a set of data standards. A national laboratory on exascale computing systems and artificial intelligence will also be built if the Department of Energy Science and Innovation Act passes Congress.

While Beijing continues to pour investment into national scientific, research and industrial projects like Made in China 2025, the US government appears to be slowly putting together the building blocks to compete.

Brendan Thomas-Noone is a research fellow at the United States Studies Centre at the University of Sydney. This first appeared in ASPI's The Strategist here.

How to Fight a War With a Quantum Computer