China Wants Two New Stealth Bombers (Just Like This One) 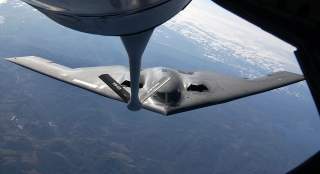 Key point: The H-20 is on the verge of being formally announced and is planned to enter service in the PLAAF by the mid-2020s. Meanwhile, the JH-XX may not even be in active development; the fighter shown in “Aerospace Knowledge” may turn out to be nothing more than an early concept.