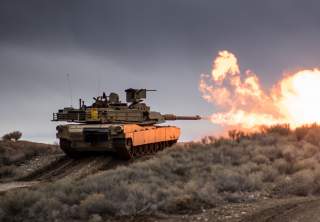 The administration of U.S. president Donald Trump is proposing to sell to Taiwan more than 100 M-1A2 main battle tanks.

The sale, if Congress approves it, could significantly improve Taiwan’s armored force.

“The Pentagon and State Department have informally notified Congress of a potential $2-billion deal with Taiwan that includes the first-time sale of one of the U.S. Army’s top tanks,” Reuters reported, citing an unnamed U.S. official.

The deal would contain the M-1A2 Abrams tank, and a resupply of anti-air and anti-armor weapons, the official familiar with the matter said. The notification of the government-to-government sale doesn’t include F-16 fighters, which are still under State Department and Pentagon review, the person said. ...

The package includes 108 of the tanks built by General Dynamics Corp., as well as 1,240 TOW wire-guided anti-tank missiles, 409 shoulder-launched “fire-and-forget” Javelin anti-tank missiles and 250 Stinger shoulder-fired anti-aircraft missiles made famous by Afghan “freedom fighters” in their war against the Soviet Union.

China objected to the possible deal. “We are severely concerned about the U.S.’s move,” Chinese foreign ministry spokesman Geng Shuang told reporters in Beijing on June 6, 2019. “We are firmly against U.S. arms sales to Taiwan. We urge the U.S. to see the high sensitivity and severe harm of arms sales to Taiwan.”

Upgrades to 400 old M-60s and a potential purchase of 100 new M-1s believe Taiwan’s numerical disadvantage when it comes to tanks. China possesses 6,900 tanks, including nearly 4,000 fully modern ones.