China's Aircraft Carriers Are Slowly Getting Ready for War 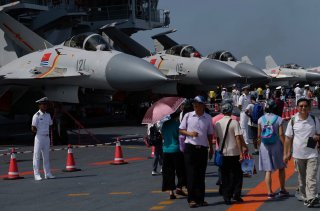