China's Military Budget Keeps Growing: Why the World Should Worry 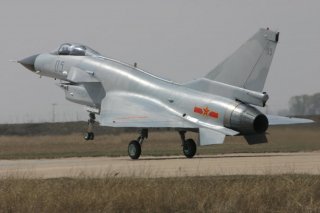 Beijing’s rising defense budget has long been a critical indicator of the nation’s economic growth and perceived security threats, offering crucial insight into the authoritarian regime’s not-so-transparent plans. It offers the international community crucial insight into an otherwise non-transparent authoritarian regime that is increasingly at odds with the West and major powers in the Indo-Pacific. On the inaugural day of the annual parliamentary meeting of the National People’s Congress (NPC), Chinese Premier Li Keqiang announced that China has increased its defense budget for 2021 by 6.8 percent to 1.35 trillion yuan (USD 209 billion). Although this increase follows Beijing’s trend of single-digit year-on-year growth, it comes despite the economic dip that China has witnessed amid the pandemic. What is the significance of Beijing’s budgeted military spending for the coming year, particularly in the backdrop of the Chinese Communist Party’s (CCP) forthcoming centennial anniversary?

The 2021 budget marks China’s third yearly increase in defense budget growth; although the budget hike in 2021 is only slightly higher than that of 2020 (6.6 percent increase to USD 179 billion), it is representative of Beijing’s ongoing modernization efforts to transform its People’s Liberation Army (PLA) into a “world-class military by the mid-21st century.” The communique of the fifth plenary session of the Nineteenth Central Committee of the CCP in October 2020 made military modernization a primary goal under the Fourteenth Five-Year Plan (2021-25). The budget builds on the extensive reforms and restructuring that the PLA underwent over the past five years since 2015, aiming to achieve a comprehensive overhaul by 2020. With these objectives achieved, Beijing is now looking to enter the second phase of its military modernization with a more acute focus on areas like military-civilian integration and tech innovation. In other words, China’s defense budget for the coming year is in line with this objective, meant to “vigorously support” rising defense capabilities.

Besides, Beijing’s two centennial goals—marking the centenary of the CCP in 2021 and the centenary of the People’s Republic of China (PRC) in 2049—another major one-hundredth anniversary that Beijing is set to celebrate is the founding of the PLA, marking its completion in 2027. For President Xi Jinping, the PLA’s centennial comes as a precursor to his political maneuvers for using the military as a tool to strengthen the CCP’s domestic and global clout. By then, China plans on building a fully modernized military that aligns with its national defense needs to deal with threats brought by “hegemonism and power politics” and safeguard its overseas economic, strategic, and developmental interests. Hence, the Government Work Report (GWR) delivered at the 2021 NPC session decreed that in 2021, China will be focused on promoting military training across all sectors, enhancing the PLA’s capacity to protect national sovereign interests, improving response to security risks, and technological and industrial development of the defense sector to enhance mobilization.

Additionally, the NPC session emphasized that economic advancement and building of the military must be simultaneous processes. This has resulted in ensuring that China’s defense budget increases are in line with the country’s gross domestic product (GDP) growth. For instance, as per the GWR, the GDP growth target for the year is above 6 percent, making the increase in the defense sector in line with the economic trajectory. Overall, China’s “open and transparent” defense spending has stayed at an average of 1.3 percent of its GDP, which remains below the global level of 2.6 percent. Still, China’s military expenditure is, in fact, low considering the country’s status as the second-largest economy in the world. The United States—which remains the world’s largest military spender—proposed a defense budget of USD 740 billion for the fiscal year of 2021, citing national security concerns.

Nonetheless, China’s rising budget is by no means a trivial matter. In real terms, China’s defense budget must be considered factoring the difference in their purchasing power parity over and above a simple conversion of the aggregate amount based on the exchange rate. Beijing’s significantly lower operational and salary costs mean that its increased budget is, in fact, much higher effectively—perhaps closer to three-fourths of the U.S. annual budget. Additionally, China’s budget must be considered strategically in light of those of its major regional rivals. The 2021 defense budgets of Japan (USD 51.6 billion), India (USD 49.6 billion), and Taiwan (nearly USD 14 billion) remain a small fraction of Beijing’s.

Although Beijing had hoped for a dampening in U.S.-China tensions under President Joe Biden, such a scenario has failed to materialize amid a bipartisan consensus in Washington over China so far. In fact, with Biden looking to rebuild U.S. alliances, China has become even more aware of the Cold War situation towards which it might be heading. Since assuming office, Biden has assured Tokyo of U.S. support in Japan’s maritime dispute with China over the Senkaku/Diaoyu islands. He has also displayed a stronger U.S. resolve to support Taiwan (among other allies) vis-à-vis the military threat that it faces from China. Furthermore, the Pentagon’s submission of a USD 27 billion plan to Congress, which focuses on deterring China by bolstering capabilities in the Indo-Pacific region—spread out across the next six years—only encourages Beijing to keep its military modernization growing.

Concurrently, Beijing is a party to numerous conflicts in the Indo-Pacific, which have been further stressed in the past year—such as the heated South China Sea (SCS) and East China Sea dispute and the months-long India-China military standoff. China has displayed a more assertive approach in the region, which has resulted in an equal show of strength from states like India, Japan, Australia, and the United States. U.S. weapons trade with Taiwan; calling China’s SCS claims unlawful; and joint Malabar maritime exercises between the United States, Japan, India, and now Australia have further rendered Beijing’s focus in military development primal. Hence, China’s rise in defense budget indicates that as it becomes increasingly involved in numerous conflicts simultaneously, it is not ruling out any chance of a military escalation in the region.

Furthermore, protecting its “One China” policy and a desire to unite the Chinese mainland are critical variables shaping Beijing’s focus on military advancement. Beijing’s enactment of the Hong Kong national security law in 2020—despite intense international backlash—only shows China’s resolve to bring regions with disputed status (including Taiwan) under its control. Xi has issued explicit warnings that suggest Beijing sees Taiwan unification as imperative, and it will not hesitate to use force to achieve the same. China’s unyielding position on the issue was highlighted again at the 2021 GWR, where Li Keqiang declared that China would “resolutely oppose and deter” Taiwanese independence.

Beijing’s increase in defense spending is thus in line with its status as a revisionist power. It is indicative that Beijing is looking to assert not only its economic power but also its hard power on the global stage so as to realize its dream of the “great rejuvenation of the Chinese nation.” China’s massive military budget demonstrates the central place that China’s armed forces hold in implementing (or influencing) the country’s foreign policy and advancing its international interests—primarily to build a global order with Chinese characteristics.

Therefore, China’s military focus is aimed at cementing its position as a dominant regional force in the Indo-Pacific. Enhancing the capability of the PLA and the navy—already the largest in the world in terms of the number of ships—into major maritime and land forces that dominate the Indo-Pacific waters and Asian landscape builds into Xi’s quest to make China a “great power.” Under a nationalist leader like Xi, such ambitions have taken on a headstrong approach where a move from economic dominance to militarist supremacy is fast materializing.