China's Military Is Getting Deadlier By the Second. A New 'Battleship' Is the Answer. 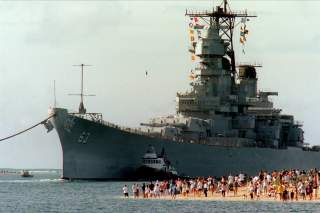 The Navy's Battleships Won't Make a Comeback. I Should Know, I Served on One.