China's Stealth Fighters and Stealth Bombers Have a Big Problem 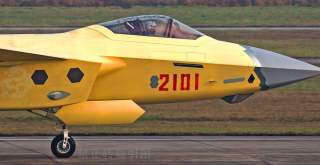