China's Strategy in a War: Blind America, Then Go in for the Kill 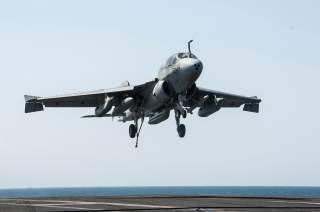 Key Point: What if Beijing simply degraded and destroyed the ability of U.S. forces to have those advanced eyes and ears and brought back an old foe of U.S. forces— the much hated “fog of war?”