Christians Are Under Attack as Nigeria’s Jihad Escalates 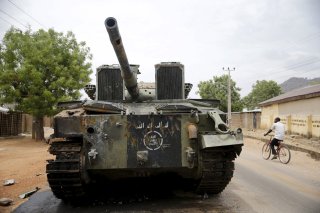 On June 5, Pentecost Sunday, armed men entered Saint Francis Xavier Catholic Church in Owo, Nigeria, and opened fire on the congregation. As the congregants fled, more gunmen waited outside to pick them off. The final death count has not yet been released, but reports say at least forty laypersons were killed in the carnage, including children. Witnesses suggest as many as eighty were killed.

Nigerian Christians are no strangers to this sort of violence. Boko Haram and the Islamic State-West African Province (ISWAP) have made a sport of assassinating Christian leaders and burning churches in the country’s northeast. There is no doubt that both seek to annihilate the country’s Christian population altogether. In the midlands, Muslim Fulani herdsmen have become notorious for murdering Christian villagers. Earlier this year, they executed one of their own for converting to Christianity. Since just 2015, upwards of 11,000 Christians have been murdered in Nigeria. There is little question that the crimes fully meet the criteria of genocide as determined by Article II of the United Nations Convention on the Prevention and Punishment of the Crime of Genocide.

This begs the question: if the church attack in Owo is only the most recent in a string of attacks on Christians, why is it important? Quite simply, it demonstrates the ever-growing plight of Nigerian Christians and the increasing intensity of jihadist fervor.

The site of this latest attack was in Ondo province, an otherwise peaceful province in the Southwest of the country, well within Christian territory. Most attacks against Christians to date have been confined to the Northeast—where the ISWAP insurgency rages—and in the midlands, where Fulani fanatics roam free. To venture as far South as Owo suggests a newfound boldness and capability on the part of the attackers.

The attack’s location and means of execution also suggest a heightened level of logistical coordination. It means the group had contacts within Christian territory to aid in the planning and execution of the massacre. The attackers also planted improvised explosive devices to explode before the shooting began and placed shooters inside and outside the church to ensure maximum fatalities. In other words, this was not a lone-wolf, improvised attack, but one that was planned and well-executed.

Nigerian authorities are blaming ISWAP for the attack, and it’s easy to see why. After all, the Islamic State made itself a household name through its wanton bloodshed and targeting of civilians in their houses of worship. However, despite this widely observed modus operandi, ISWAP has still not claimed credit for the Pentecost attack, even weeks later. This casts reasonable doubt as to whether the group was actually behind the attack.

Others point to the Fulani herdsmen. But this would be a stark departure from the norm. The Fulani typically stay within the middle belt region of the country, which separates the northern Muslim population from the Christian south. They typically attack Christian villages under the cover of darkness, killing the men and making off with livestock. But the Owo church was in an urban center, attacked in broad daylight.

Whether conducted by ISWAP, Fulani, or some new menace, this attack should be ringing alarm bells. If ISWAP was behind the attack, it would indicate that the group is capable of coordinating and executing genocidal operations on the other side of the country, far beyond its known territorial reach. The group is not dead or dying, but flexing its muscles.

If the attack was the work of Fulani tribesmen, it would be cause for particular concern, as it would be reasonable to infer that the Fulani have been radicalized by jihadist ideology. It would mean that the Fulani are ostensibly no longer simple herdsmen fighting for grazing land, but rather fanatics waging a religious war against infidel Christians. It would also suggest that the Fulani feel sufficiently confident that the Nigerian government—led by a Fulani—would not stop them in their bloodshed. After all, on the evening following the attack, President Buhari was seen hosting a lavish dinner party—hardly the stuff of mourning.

The takeaway is clear: jihad has come to Nigeria, and it isn’t going away anytime soon. It is time for U.S. policymakers to recognize that the conflict in Nigeria is not an ethnic or inter-communal conflict, but a jihad being waged by radicalized Islamist militants, and nothing short of a genocide. Islamist militants in the country march under a flag that reads: “There is no God but God,” happily calling themselves jihadists. Westerners, too, must call them by their name.

The Biden administration should also take the following steps to improve the situation. First, the administration should immediately restore Nigeria’s designation as a Country of Particular Concern (CPC). Last year, the State Department removed Nigeria from the CPC list without explanation. Nigeria would be the only secular democracy to be designated as a CPC and, fittingly, would face heavy diplomatic pressure to prioritize the issue of Christian persecution.

The Biden administration must also appoint a special envoy to monitor the situation in Nigeria. Due to its intensity and longevity, the conflict in Nigeria requires focused, ground-level monitoring.

Finally, the United States should provide financial and technical support as authorized under Section 405(c) of the International Religious Freedom Act. This support should aim to enable and obligate the government in Abuja to address religious freedom violations through security and law enforcement training, improved access to justice, and engagement with civil society.

These steps alone will not end the suffering of Nigerian Christians—this will require a shift in the cultural mores in the country’s north, combined with sustained improvements in the country’s economy and governing institutions. However, these steps will create a more coherent roadmap to realizing human rights in Africa’s most populous country.

Max J. Prowant is a Philos Project research fellow at In Defense of Christians and a Ph.D. Candidate in Government at the University of Texas at Austin.