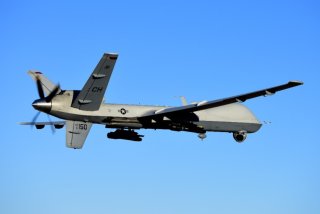 The Novoshakhtinsk oil refinery in Russia’s southwestern Rostov region stated on Wednesday that a Ukrainian drone hit a crude distillation unit, causing an explosion, according to Reuters.

"As a result of terrorist actions from the Western border of the Rostov region, two unmanned aerial vehicles struck at the technological facilities of Novoshakhtinsk," the plant said. "Staff have been evacuated and technological equipment has been stopped to assess the damage." Footage posted on social media appears to show an object resembling an unmanned aerial vehicle (UAV) flying toward the Novoshakhtinsk refinery, followed by a large blast.

Local authorities said they are investigating the attack. “Under one version, the fire erupted as a result of an attack by unmanned aerial vehicles that were of Ukrainian manufacture, according to preliminary information. Specialists believe that one of the drones touched a lightning protection mast and fell onto the refinery’s premises. The other drone was likely the cause of a fire that broke out in a heat exchanger,” read a press statement issued by Rostov region Gov. Vasily Golubev, according to Russian state news. The Rostov governor’s office said first responders were able to recover fragments of the drones used in the alleged attack. Kyiv has not formally taken responsibility for the strike.

The reported strike is the latest in what Russian authorities describe as continuous Ukrainian attacks on targets within Russia in the months following the February 24 invasion of Ukraine. Local officials alleged in April that two Ukrainian helicopters struck an oil depot in the far-western Russian city of Belgorod. Though Ukrainian authorities did not confirm or deny Russia’s claims, the Belgorod strike was widely attributed by military experts to Ukraine’s armed forces. Russia’s Ministry of Emergency Situations said later that month that it is investigating a large explosion at an oil depot in the border town of Bryansk.

President Biden announced in a June New York Times op-ed that he has approved the transfer of M142 High Mobility Artillery Rocket Systems (HIMARS) to Ukraine, giving the Ukrainian military the ability to strike targets at greater ranges. Administration officials held off on sending such systems to Ukraine out of concern that they could be used to attack targets on Russian soil. Kyiv has reportedly promised the Biden administration that it will not employ U.S.-supplied HIMARS units against targets inside Russia, but there do not appear to be concrete tools at Washington’s disposal to verify these assurances.