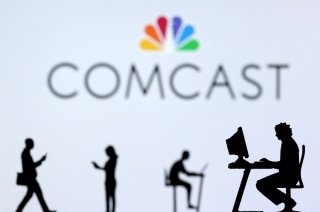 In a shocking announcement Wednesday morning, the two largest cable companies in the United States revealed that they have teamed up on a joint venture in which one will have access to the other’s streaming platform, creating a new TV operating system with significant potential reach.

Comcast and Charter Communications—the owner of Spectrum—announced that they have come together on “a 50/50 joint venture to develop and offer a next-generation streaming platform on a variety of branded 4K streaming devices and smart TVs.” The announcement comes as the cable companies continue to lose subscribers to cord-cutting.

The joint venture, Comcast and Charter said, “will offer app developers, streamers, retailers, operators, and hardware manufacturers the opportunity to reach customers in major markets across the country with the platform.”

The venture entails Comcast licensing its streaming platform Flex, the streaming service Xumo, and the XClass TV platform, while Charter will contribute $900 million. The products, including the XClass TVs, will now be available to both Comcast and Charter customers.

"We’re thrilled to partner with Charter to bring this platform and its award-winning experience to millions of new customers. These products are all designed to make search and discovery across live, on-demand and streaming video seamless and incredibly simple for consumers,”  Dave Watson, CEO of Comcast Cable, said in the announcement. “This partnership uniquely brings together more than a decade of technical innovation, national scale and new opportunities to monetize our combined investment.”

“Our new venture will bring a full-featured operating platform, new devices, and smart TVs with a robust app store providing a more streamlined and aggregated experience for the customer,” Tom Rutledge, Charter Chairman and CEO, said in the announcement. “As the video landscape continues to evolve, this venture will increase retail consumer options, compete at scale with established national platforms, and join our existing lineup of options for the Spectrum TV App available on most customer-owned streaming devices.”

As The Streamable noted, a big winner from the deal could be Peacock, which is offered as part of XClass package by Comcast.

Comcast and Charter are, by far, the two largest cable companies in the United States At the end of 2021, per Leichtman Research, Comcast had 18.1 million cable subscribers and Charter 15.8 million. The third-largest, Cox, had just 3.4 million.