Comcast's Data Caps: What Usage Is Needed to Bust Them? 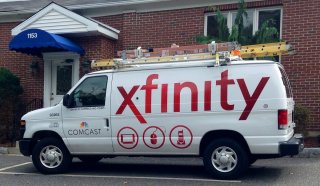 Last November, Comcast made the controversial announcement that it was introducing a 1.2 TB high-speed Internet data cap for its customers in the Northeastern United States.

“Starting in March 2021, customers not on an unlimited data plan who exceed 1.2 TB in a month will have a one-time courtesy month credit under the plan applied to their accounts, and will be responsible for any data overage changes after that,” Comcast said at the time. “Blocks of 50 GB will automatically be added to customers’ accounts for an additional fee of $10 each plus tax. Charges will not exceed $100 each month, no matter how much data a customer uses.”

The changes were to apply to Connecticut, Delaware, Maryland, Massachusetts, Maine, New Hampshire and New Jersey, as well as parts of New York, Ohio, Pennsylvania, Virginia, Vermont, West Virginia, North Carolina and the District of Columbia. Comcast had earlier imposed such caps in the rest of the company’s 39-state territory.

Now, it appears, Comcast has delayed the change.

“We are providing customers in our Northeast markets with additional time to become familiar with the new plan. Customers in these markets now have six months to understand their data usage, and the earliest a customer may see charges is August 2021,” a Comcast spokesman told WMUR this week.

So how is it possible to use so much data that it makes customers to go over the cap? Comcast has said in the past that last year, the median subscriber used 308 gigabytes per month, which is well below the 1.2 TB cap, and that those who go over the cap are “superusers.”

Govtech recently quoted Comcast as saying that for those to reach the cap, it would require customers on a monthly basis to “video conference for 3,500 hours, watch 1,200 hours of distance learning videos, stream 500 hours of high-definition video content a month or play more than 34,000 hours of online games.” Those are high numbers, but with so many more people at home than usual for the last year, they’re easier to reach than they once were.

Comcast, in its most recent quarterly earnings report, continued its trend of losing pay TV subscribers while gaining Internet subscribers. The company lost 248,000 cable subscribers throughout its territory in the last three months of 2020, while it gained 538,000 net broadband customers. The pay-TV subscriber loss was smaller than in the earlier quarters of the year, when Comcast lost more than 400,000 video subscribers in both the first and second quarters, as the coronavirus pandemic first got underway. The company, in the fourth quarter, reported $27.7 billion in revenue in the fourth quarter, a 2.4 percent decrease from the same period in 2019.