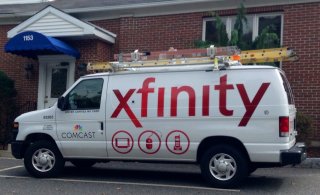 If you can rank lower than the IRS in terms of consumer satisfaction, that should be a red flag right there screaming at you to quickly make changes.

This is routinely the type of sordid reputation that Comcast has had stamped to its forehead for much of the past two decades. And it’s not only the IRS that it is looking up at — the list includes some of America’s most-hated industries: airlines, banks, and insurance companies.

The numbers indeed don’t lie. According to another report by NoCable, there were 90.3 million traditional pay-TV households in 2018. The next year, that number sunk to 86.5 million, and that figure is expected to head south of 83 million in 2020. That is a downward trend of about 4 million per year. For Comcast specifically, in Q3 last year, Xfinity reported that it had lost 238,000 cable subscribers.

Yes, Comcast has made marginal improvements in areas of customer service – though still considered below average by ACSI standards – but after years of customers being subjected to expletive-laced insults or being simply unable to cancel their cable TV services, it indeed may be too late. And don’t forget about the sorry episode of when Comcast used paying customers’ rented routers to give free Wi-Fi to strangers.

Then there are those ubiquitous “hidden” fees that really irk customers. They can include regional sports fees and equipment rentals. Add on taxes to all that and you’re sometimes paying $20 to $30 extra on top of the existing cable bill. Now, market analysts are warning that the sudden lack of sports content and a possible looming recession will only accelerate the already-dismal subscription numbers for cable TV.

Nowadays, it is companies like Comcast that need to grovel at the feet of their customers, not the other way around. There are too many great and affordable options right now in streaming, like Netflix, Hulu, Disney, Amazon, and others are shaping how we consume TV and movies for years to come.

This new streaming world is fast, elegant and sleek, and there’s surely no room for clunky, rigid cable companies like Comcast.