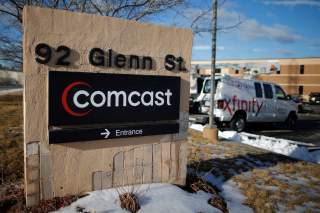 Unbeknownst to most customers, Comcast could be using your rented router to give Wi-Fi to strangers. And now, as part of the companies coronavirus response, even non-Comcast customers can use your router for free.

What? For many befuddled customers, they are wondering why they weren’t told of this pretty important information--or asked for permission? Or at the very least, such information should be included in the setup manual or in a much more specific way on their webpage--with perhaps some sort of opt-out option. It seems like Comcast’s point of view is that if you don’t know what’s really going on, there will be no harm.

Should customers really have to put up with this type of behavior? Nowadays, a week can’t go by without reading about some major hack on a company or organization. How millions of social security numbers and other sensitive information are just floating around the internet, eventually used by criminals to steal your identity and your money.

Several years ago, Comcast turned 50,000 routers of paying customers in the Houston area into public Wi-Fi hotspots. One would logically conclude that his or her own internet service would be slowed down if someone else--or perhaps many people--were also using the same equipment. When asked, Comcast claimed that the customers’ amount of bandwidth wasn’t affected at all.

Only after being pressed, Comcast finally divulged that one could go into the settings to turn off the hotspots. That’s the double-whammy right there: you're forking over your hard-earned cash to use that wireless router, and you’re paying even more so that some stranger can also use it as well. No way to justify that.

A similar occurrence happened in San Francisco as well, as residents said they suffered from “decreased, inadequate speeds on their home Wi-Fi network.”

Comcast customers have already voiced their frustrations and complaints on online discussion boards. One individual said: “I believe that this is an invasion of privacy, and it should be stopped. People are going to get hacked from their very own Wi-Fi ... with this kind of shenanigans that the tech giants are trying to pull. It is just a way for them to round up more network dominance and provide free coverage to ‘roamers’ but it is not safe and it can actually create bottlenecks.”

Another individual chimed in: “It amuses me when these organizations insist that regulations only stifle innovation. If this is the type of innovation they can manage -- theft of customer resources for corporate gain -- then we are much better off without this kind of innovation.”

These types of actions by cable companies only reinforce their toxic relationships with customers. They are indeed terrible for customers’ privacy and the lack of transparency erodes any trust to be had. Surely, many more customers will enter the account settings and set things right, or perhaps just cancel this nightmarish service altogether.