Wonder Why Your Comcast Xfinity Internet Is Slow? Your Rented Router Is a Wi-Fi Hotspot. 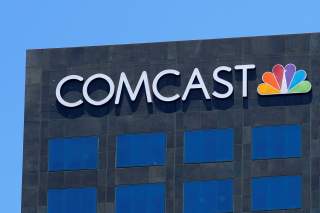 I always wondered how Comcast has so many Wi-Fi connections for current customers or for purchase in my neighborhood just north of Washington, D.C. When I pull up the Wi-Fi connections available on my iPhone, I have an amazing signal as if those connections are right next to me. To be honest, it’s something I never thought about, but something in other parts of the country I have used and appreciated.

As it turns out, that amazing signal was my own router.

In fact, that Comcast Wi-Fi connection is actually the company using your rented wireless router to create free hotspots for Comcast subscribers or non-subscribers. And most people—like myself until just now, thanks to a reader who explained this to me on social media—had no idea.

In all of my interactions with Comcast, no one has ever told me about this, asked my permission, or even gave any hint about such a feature—one that many people, due to countless concerns, would have a problem with. Shouldn’t a technician explain this if they come to your house and install your service or when you get your equipment in their office? At the very least, they should include something in the installation instructions. Sure, it is in the terms of service—that is a zillion pages long and filled with legal jargon. However, this is something people need to know, considering how important privacy is these days.

For starters, this most surely would slow your connection down depending on if one or more people are utilizing the resources of your router and equipment. And Comcast is not only charging you a fee for a modem, but then selling its services and you most likely have no idea. Oh, and by the way, that fee is most likely going up quite soon. No wonder Cable companies have such a bad rap—and I thought it could not get any worse.

Could that mean there are potential security concerns? An article on this topic years ago, citing a source, explained that if a user jumps on your Wi-Fi and downloads pornography, that activity would be linked to their Comcast account and you would not be liable for the content.

But the article gets a little more worrisome when Comcast was asked about if Wi-Fi hotspot users on your router could access your devices:

“Comcast encourages users to set strong passwords, and it supplies antivirus software to its customers. If the company does detect an unusual amount or source of traffic, such as a customer who may have been infected by a virus and turned into a zombie, or ‘bot,’ that customer will be notified.”

Yeah, I know what I am doing, going into my Comcast Xfinity account settings and shutting this feature off ASAP. I can’t get rid of this company fast enough.

Update: Harry just reviewed Comcast's newest Wi-Fi 6 router. The good news is that it does not have, for the moment, a hot spot feature.