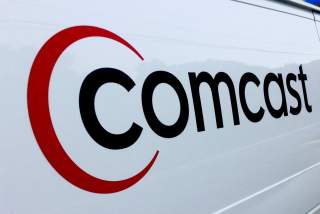 Update 2/11/2020 10:11 pm: Sadly, the benchmarks that I have below have only gotten worse. My wired download speeds never go over 500Mbps now. All of my wi-fi speeds are down across the board from below tests as well. I will continue to update again over the next few days.

Readers of The National Interest might recall my effort to get this router—and I failed badly. While I had hoped in the coming month to hear back from @ComcastCares, as promised, after a conversation with them on this issue—the representative manning their Twitter account volunteered kindly to follow-up when the router came back in stock in my area—I did not expect a response so soon, nor was I informed it was coming.

Over quite a few articles recently, I have been pretty tough on Comcast—more like the entire cable industry in particular. But one must call out the good as well the bad, and so I shall. I want to thank Comcast for the follow-up—a most kind gesture for sure—and a very nice way to try and re-earn some much-needed trust. Good to see that old-fashioned customer service is alive and well, especially the follow-through.

Indeed, little gestures like this can make a big difference to a customer. Clearly, I am no fan of Comcast, as I have had my share of problems with them over the years. But I am always ready to give any company a second, third or even a ninth chance. Big corporations are ultimately run by people who make mistakes, have bad days or might be working under tough conditions—I worked for a cable company for over a decade, so I empathize. Before I even unboxed the new router, I committed to giving the device an unbiased review, completely devoid of any ill-will or upsets from the past. What’s fair is fair, right?

The good news is that I can honestly say I tested this device in a spirit free of the Comcast baggage of the past—hoping this router would be a winner and that I could write up a glowing review. However, and I regret saying this, they disappointed me once again—and for quite a few reasons big and small.

Here are my first reactions to this new router and why it misses the mark for me.

Setup: Where is the Documentation?

Forget the customer-friendly marketing speak—the router is actually a Docsis 3.1 Technicolor XB7 Model CGM4331COM. You can find a lot of technical data on it all over the internet, but, as always, Dslreports.com has some good information that is worth a look at. Start there for sure.

Upon opening the box, something struck me that is not uncommon: very little paper documentation. All there was in the box for instruction was a one sheeter on how to set up the device. It seemed way too skimpy, but a clear trend in electronics and other consumer goods these days. It asks you to download the Xfinity xFi app on the Apple app store or on Google Play, open it and sign in with your Xfinity ID and then follow the onscreen instructions.

It seems simple enough, but what if the user does not have a smartphone? Yes, I know most people do these days, but that means a small segment of users will have to call customer support, costing Comcast and those customers precious time. Moreover, Comcast will have to lose profits if a truck roll is necessary or requested. Having something on the install one-sheeter that explains what to do if you have no smartphone would be, well, smart.

After following those instructions, I was prompted on my phone to plug in the power cord, my existing coaxial cable from the wall and an ethernet cord from my computer (yes, I still have a desktop, don’t laugh) all into the new router. The process took about fifteen minutes from start to finish and was smooth. So far, so good.

One great feature during setup I loved was that all of my existing Wi-Fi settings were copied over. No need to go back and reconnect devices, input new passwords etc. My family did not even know I was swapping out the router until I was done. Bonus points for that.

Hooray! No Support for Public Hotspot?

One issue I have with Comcast, is that many times they do not tell customers their rented wireless routers serve as free hotspots for other existing Comcast customers —possibly slowing their connection and creating what could be possible security issues. While many readers may take issues such an assertion, I think of this much simpler: do you really want someone using your own rented equipment to do God knows what, that you can’t control? I don’t. Sorry.

The good news is that this feature, as of now, seems to either to have been eliminated or paused. When I tried to shut it off in the Xfinity website account settings, I was brought to a screen that says, “Hotspot Settings Are Unavailable Your device doesn’t support public hotspots. To learn more about hotspot features, please visit xfinity.com/wifi.” Thank God.

However, if you thought this feature is going away, think again. According to Comcast’s website, this router does have the feature built-in and ready to go. However, it might not be deployed yet, with the router being so new.

So far, and I can’t believe I am saying this, the router setup was going well. But, of course, we had not done a single performance test. Here is where things take a turn.

Before swapping over to the new router, for comparison’s sake, my prior router was Comcast’s XB6-T, which worked well in a wired configuration for roughly 19 months. Most of my time is spent connected hardwired to the Comcast router, averaging download speeds around 820-860 Mbps and 40 Mbps for uploading. The great thing is the speed from that router was very consistent, and never changed no matter the time of day—overall, great performance. See below: 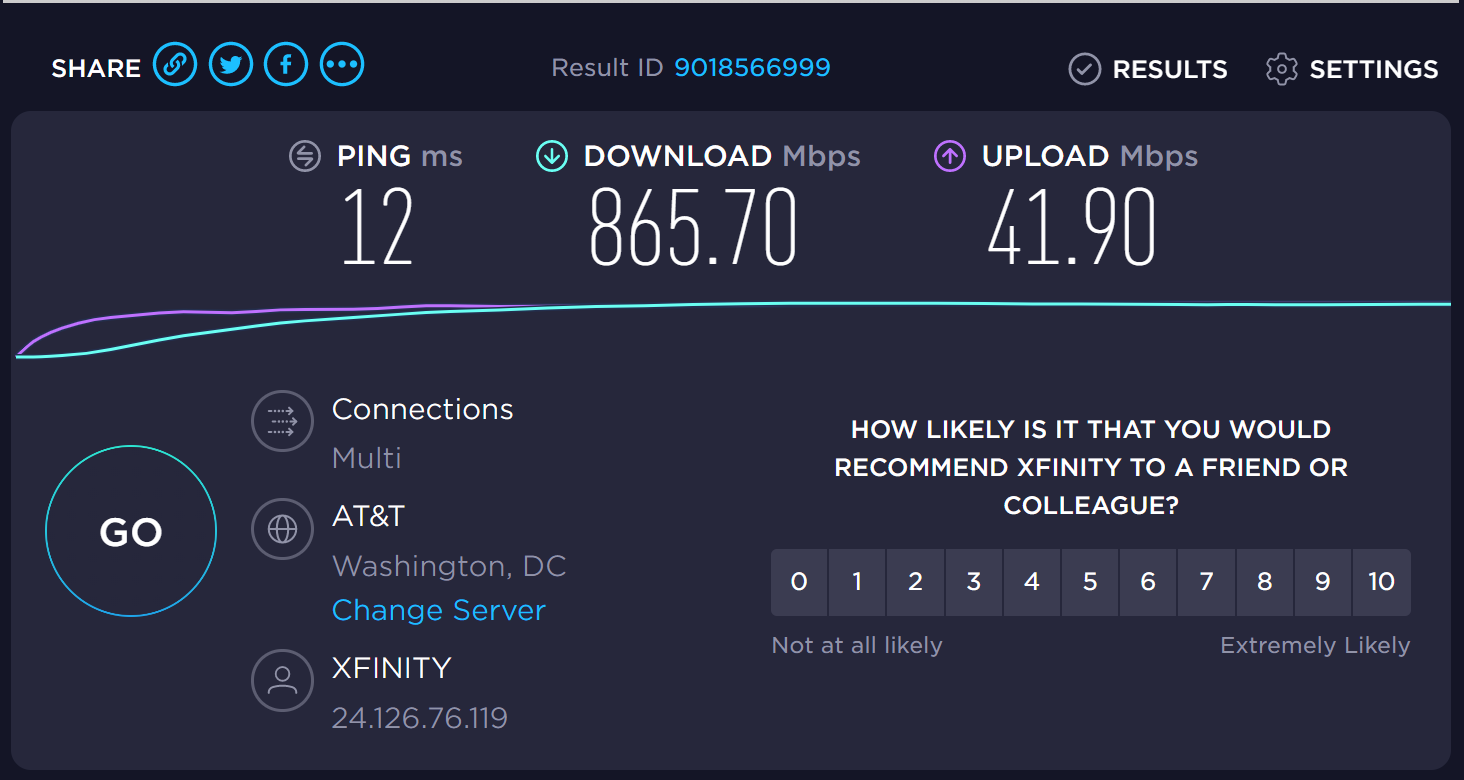 With the new router, at least initially last Friday, I saw a nice uptick in speed results. See below: 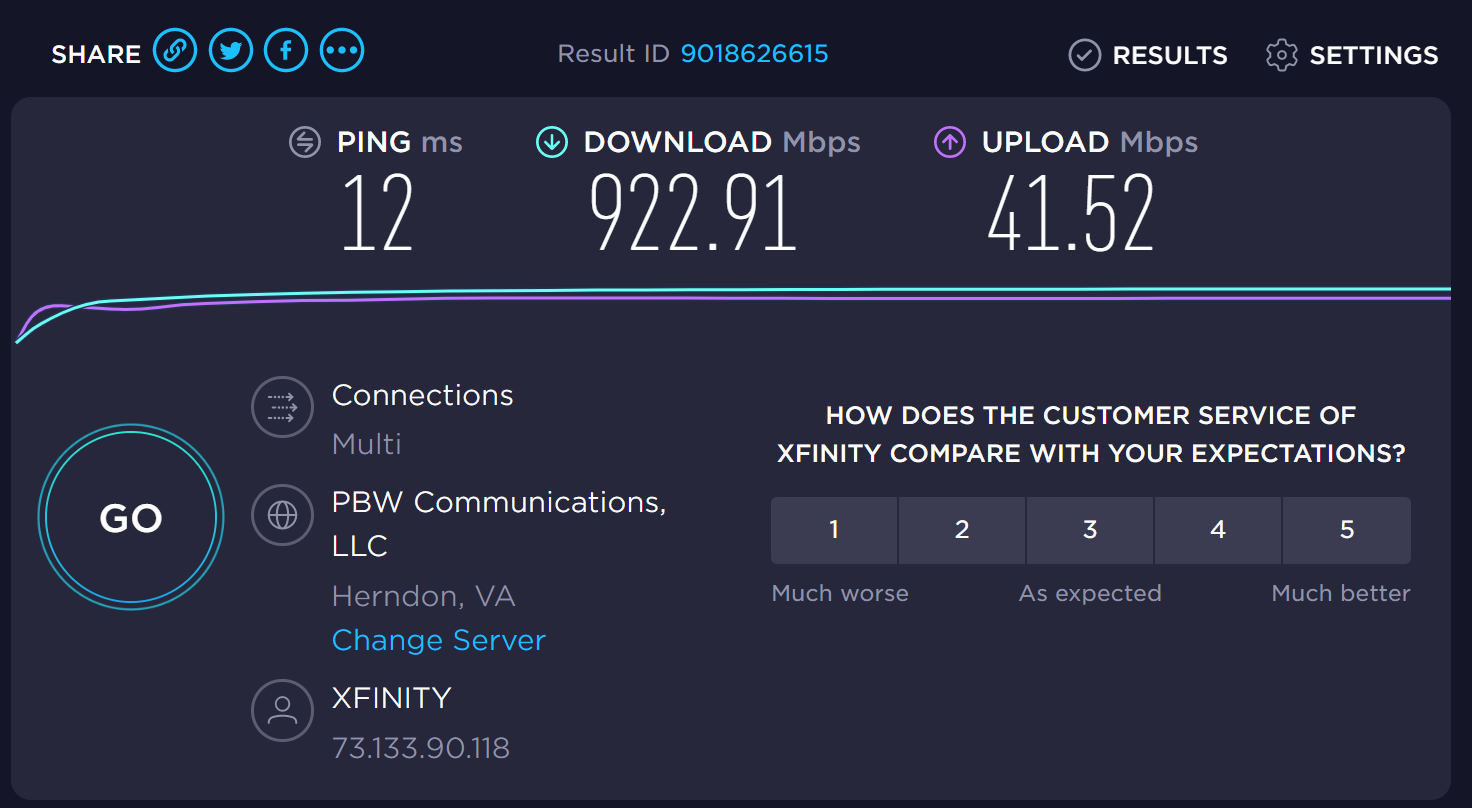 However, the next morning, those speed gains disappeared. This was from Saturday: 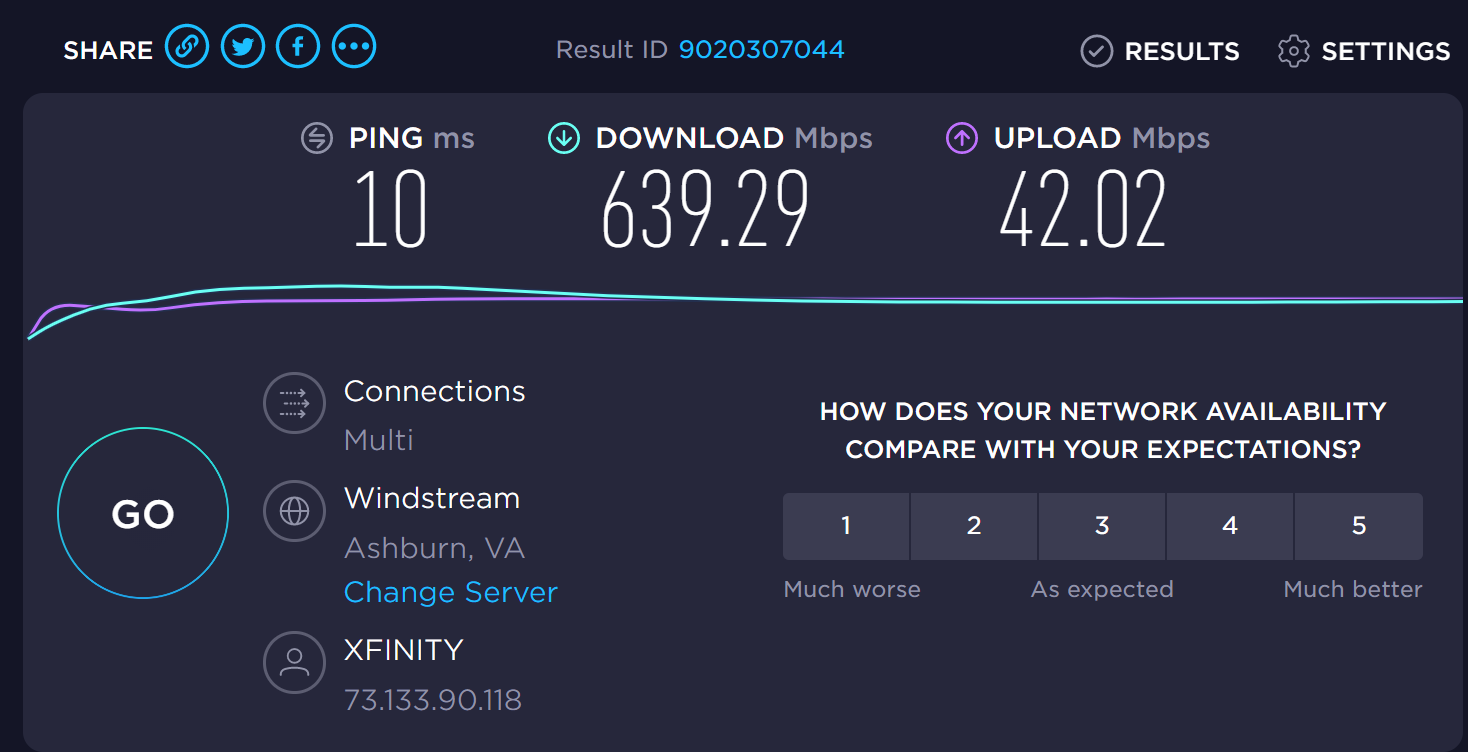 I tested multiple times and the results were all over the place. Here is from yesterday: 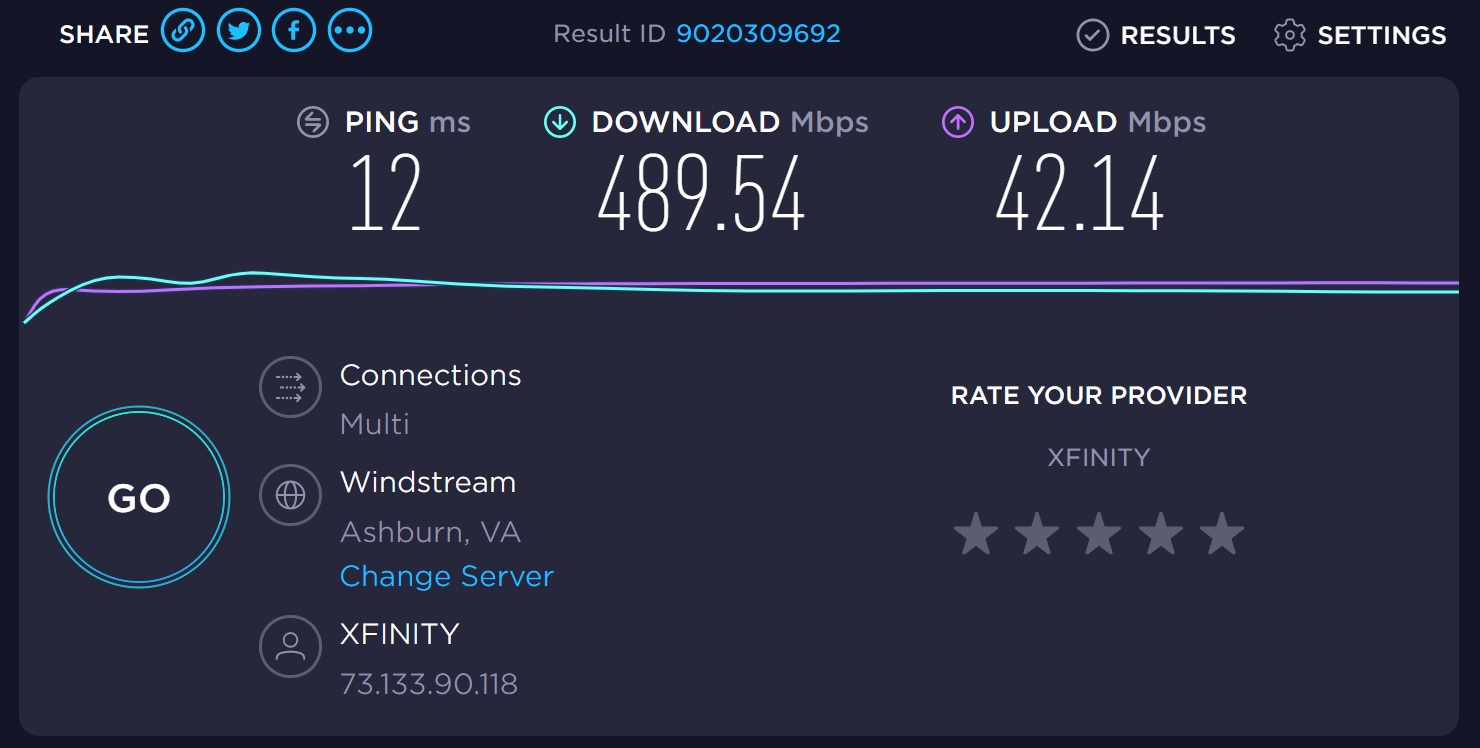 Eventually, as I tested all weekend and even today, my speeds were all over the place in terms of download speed. The inconsistency remained no matter what port I tired. The good news was that upload constantly comes in at 40 Mbps, but my downloads can range anywhere from 400 Mbps to 950 Mbps. Again, really odd.

Wireless Performance: No Better than the Previous Modem (At Least for Me)

One of the reasons I had high hopes for this router is I had sought better performance from Comcast’s wireless equipment. Heck, their marketing materials at least sounded good. “We designed the next-generation Advanced Gateway to be the fastest, smartest and most powerful WiFi device on the planet,” declared Kunle Ekundare, Director of Product and Hardware Management, Comcast. “The xFi Advanced Gateway is truly the best Internet product we’ve ever built, and we’re thrilled to be bringing our customers into the future with WiFi 6.” That at least sounds promising, right?

Before I detail how the wireless part of the router performed, let me detail my wireless setup—as it is less than ideal—and I want to be transparent about it.

The router is on the third floor of a three-floor townhouse. It is in a small alcove desk area, right near my desktop PC, with a wall to one side, but not entirely enclosed. Clearly it is not in the most ideal spot, and there are countless wireless routers in my neighborhood that can possibly impact performance. Also, I am only testing AC-based devices; I don’t use or have any wireless G or N devices. I will get to Wi-Fi 6 in a bit.

Before I swapped the router out, I ran tests to see what my speeds were in several areas of my home. One of the reasons I wanted this new router was to increase my coverage area, hopefully, get more consistent speeds and have a smaller dead zone. Oddly, the performance of the router left much to be desired.

Here are a few examples. Here is an old router vs. new router comparison from 25 feet away on the third floor going through two walls. Here we see a loss in performance: 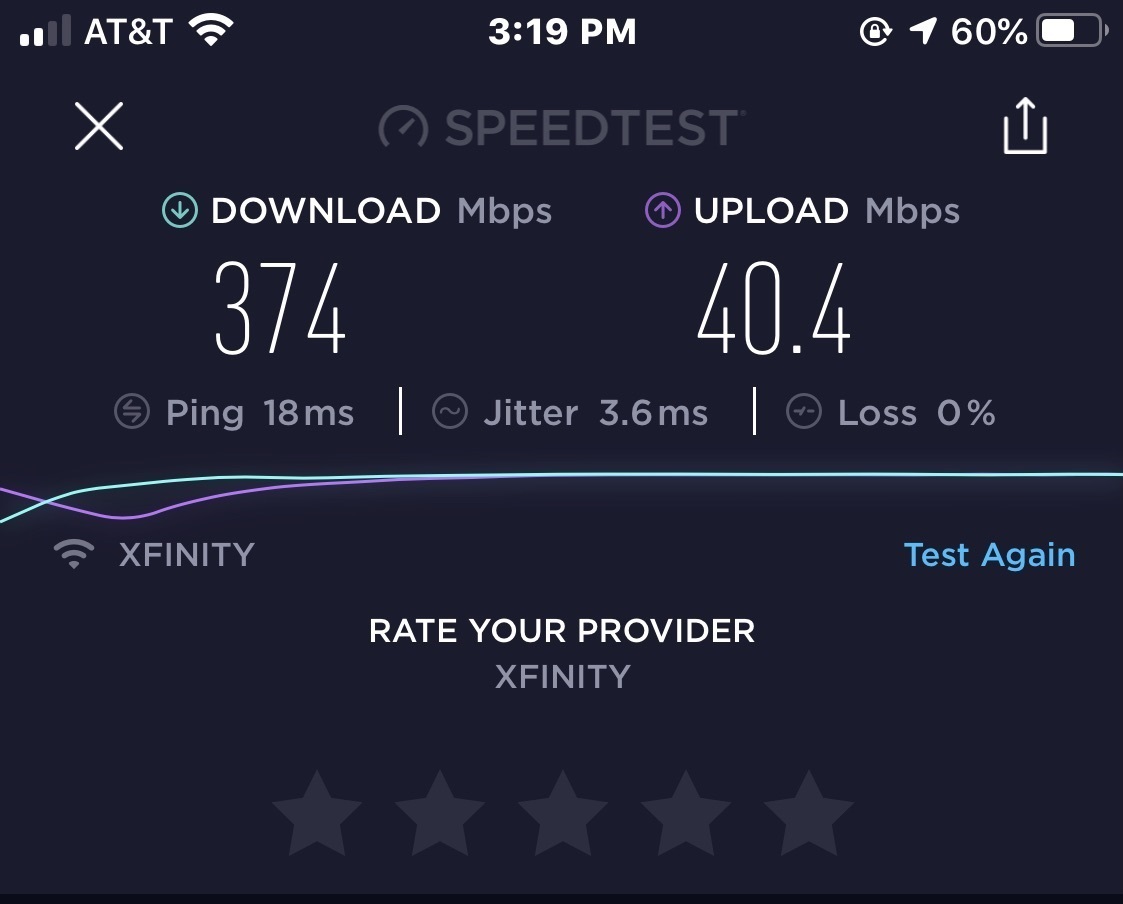 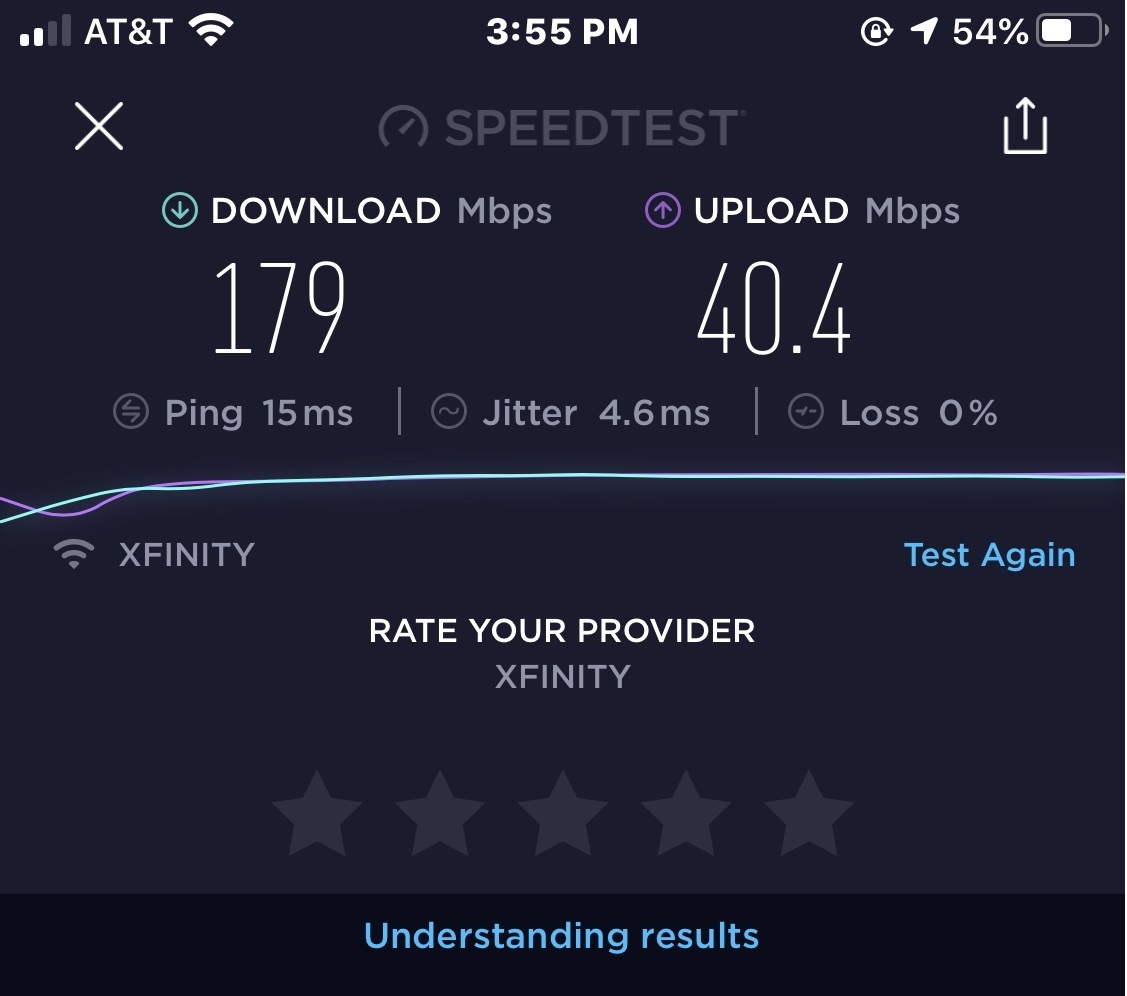 Here is another test. This was a before and after from 25 feet away, connecting through 2 walls on the second floor. Again, we see a loss in performance: 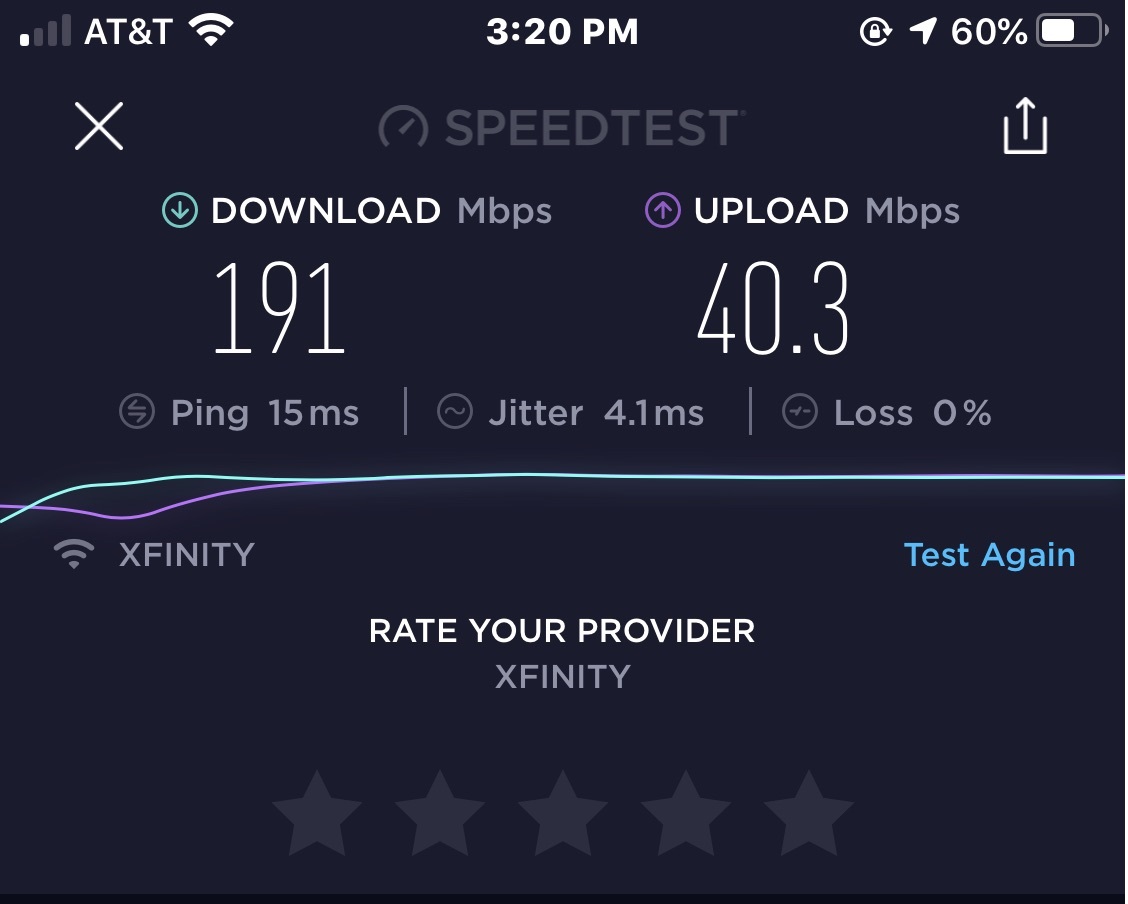 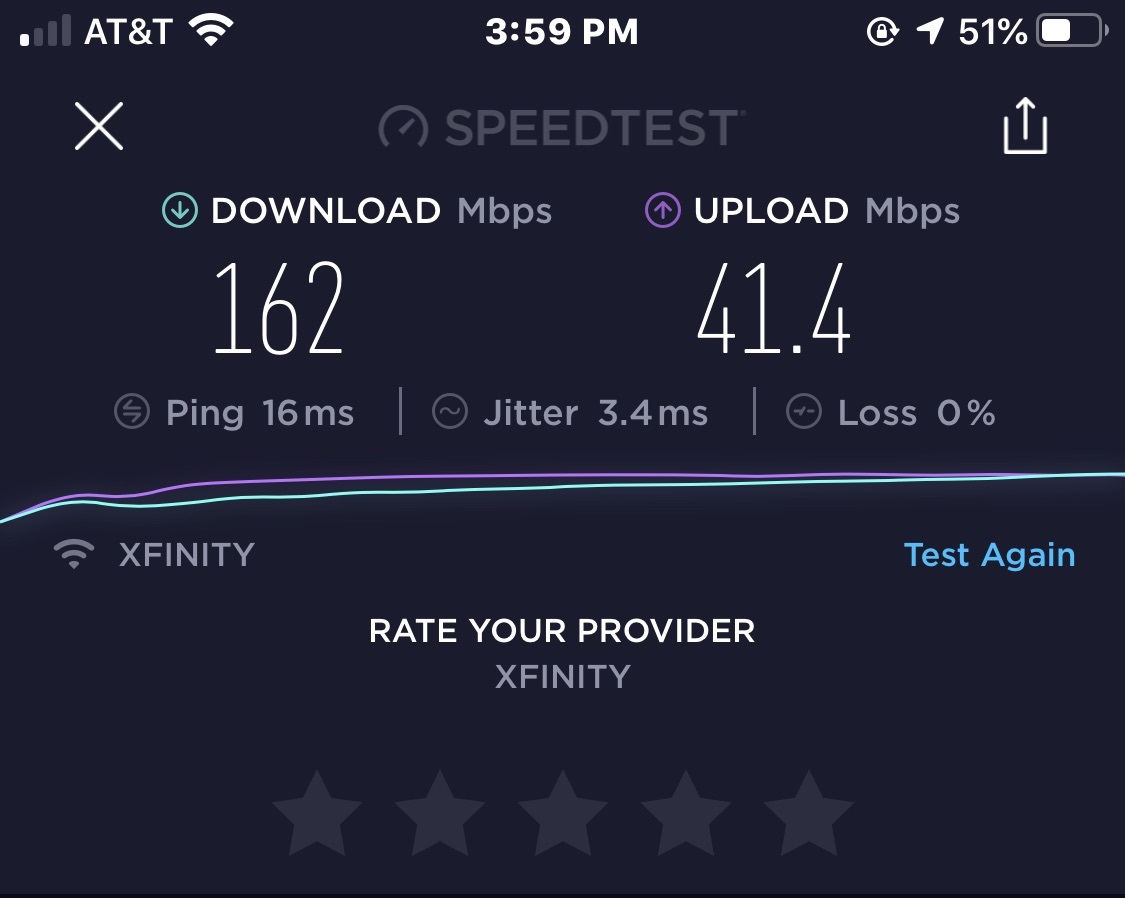 Tweaking Router Settings Is a Hassle: