Coming to a Battlefield Near You: Portable Nuclear Reactors 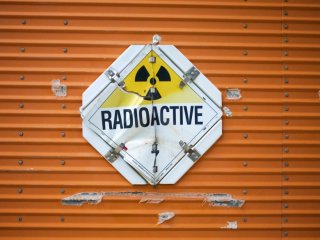 The Department of Defense selected two companies to design and build a “transportable advanced nuclear microreactor prototype” that would be used to provide power on future battlefields, with an emphasis on transportability and deployment time. The department statement specified that the microreactor prototype should be able to provide one to five Megawatts of electrical power for a minimum of three years and that it should be able to be up and running in as few as three days, and safely broken down after use in one week.

The two companies tapped to build microreactor prototypes have substantially different backgrounds. One of the companies, BWX Technologies, has an extensive and long-running relationship with the Department of Defense, building reactor components and reactors for a variety of applications, including U.S. Navy submarines. On the other hand, X-Energy manufactures miniature reactors that use a proprietary pelletized fuel that they claim is meltdown-proof.

A fascinating document published by the Office of the Secretary of Defense explained the need for a microreactor, an initiative known as Project Pele in more detail, and delved into the history of battlefield nuclear reactors more broadly. According to the document, the Project Pele prototype will be ready for testing at full power output in 2023 and could be tested in real-world scenarios by 2024.

The Department of Defense gave the following explanation for the utility and necessity of a small, portable nuclear reactor:

“The DOD uses approximately 30 Terawatt-hours of electricity per year and more than 10 million gallons of fuel per day—levels that are only expected to increase due to anticipated electrification of the vehicle fleet and maturation of future energy-intensive capabilities. A safe, small, transportable nuclear reactor would address this growing demand with a resilient, carbon-free energy source that does not add to the DOD’s fuel needs, while supporting mission-critical operations in remote and austere environments.”

Another report prepared by the Nuclear Energy Institute estimates that 90 percent of U.S. military installations’ energy needs could be met by rectors with 40 MWe output, or less.

With the increasing importance of climate change and the threat rising temperatures pose to the United States military, the likelihood of a carbon-free power source becoming an integral part of military logistics also increases. And although Project Pele has clear military applications, its utility wouldn’t be just limited to battlefields.

The Department of Defense press release explained that “Project Pele is a fourth-generation nuclear reactor, which, once prototyped, could serve as a pathfinder for commercial adoption of such technologies, thereby reducing the Nation’s carbon emissions and providing new tools for disaster relief and critical infrastructure support.”

Still, not everyone is convinced. Points have been posed that question the safety of mircoreactors, and have pointed out what a tantalizing target a nuclear reactor would present. Time will tell how safe microreactors are in actuality.