Coming Soon from Russia: A New Version of the S-300 For Sale? 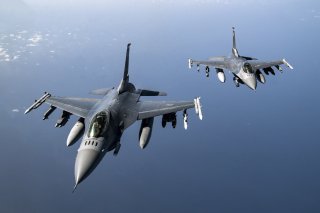 The air defense system that reportedly had been used to track U.S. aircraft in Syria has gone through another update and the export version will be unveiled at Russia's upcoming Army-2020 International Military and Technical Forum.

"Some items will be openly exhibited for the first time and the Antey-4000 anti-aircraft missile system will be one of such exhibits," the defense contractor told Tass on Thursday. "The 51P6E2 launcher that is designated within a non-strategic anti-ballistic missile defense system to strike ballistic targets will be another new model at the Army-2020 forum."

The non-strategic ABM defense launcher will reportedly have a major presence at the international arms fair, which will be held at the Patriot Congress and Exhibition Center of the Russian Armed Forces in Kubinka outside of Moscow from August 23 to 29. The launcher will be displayed in front of the company's demonstration and exhibition center.

The Antey-4000 system comprises a 9A83M-2E launcher, a 9A84M-1E launcher-loader vehicle and 9M83ME and 9M82ME surface-to-air missiles—in transport and launch containers—will be placed prominently to catch the eyes of attendees. The site near pavilion B will also feature other advanced military hardware including Viking and Tor-E2 surface-to-air missile systems, the anti-aircraft missile module of a Tor-M2KM launcher, a Taifun-PVO combat vehicle of a squad of anti-aircraft gunners with man-portable air defense systems and a drone with a turbojet engine from the Adyutant multi-purpose target training system.

The Antey-4000 is based on the S-300V4 anti-aircraft missile system, which Russia deployed to Syria in 2016 to expand control of the airspace in the eastern part of the country and to prevent attacks on the Khmeimim airfield and the supply base at the port of Tartus.

The Army-2020 International Military Technical Forum has had to scale back due to the novel coronavirus pandemic, but Russian companies are still utilizing it as a platform to present the latest advanced armament and military hardware for export.

The S-400 is not without controversy and the United States has imposed economic sanctions on countries simply for buying the system. Despite that fact countries such as India and China have expressed interest in the system.

Almaz-Antey's demonstration center will also feature the unveiling of its automated system of radio-electronics control and diagnostics. The visual presentation will reportedly include a demonstration of the inter-related use of the company's basic types of products and will show the general principles of the operation of an integrated air defense system.

The Army-2020 international military and technical forum will run on the territory of the Russian Armed Forces’ Patriot Congress and Exhibition Center, at the Alabino training ground and at the Kubinka airfield on August 23 to 29.