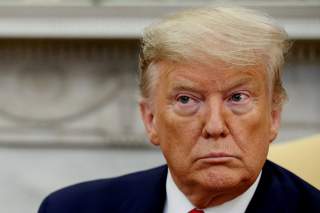 This afternoon the Senate passed the Iran War Powers Resolution with a bipartisan majority, 55 to 45. The bill, officially named S.J. Res. 68, was supported by every Democratic member of the Senate and eight Republicans, including Lamar Alexander of Tennessee, Susan Collins of Maine, Lisa Murkowski of Alaska, Mike Lee of Utah, Rand Paul of Kentucky, Bill Cassidy of Louisiana, Todd Young of Indiana, and Jerry Moran of Kansas. The resolution passed the House a month ago (224 to 194), and is expected to be vetoed by President Donald Trump.

The bill’s primary author, Senator Tim Kaine of Virginia, began formulating it in the aftermath of the American assassination of Iranian Major General Qasem Suleimani. The targeted killing of a foreign military official in peacetime is traditionally considered an act of war.

The resolution finds, conclusively, that neither the 2001 AUMF in response to the 9/11 attacks or the 2002 AUMF on Iraq give the president authority to unliterally engage in the use of force against Iran. “Congress hereby directs the President to terminate the use of United States Armed Forces for hostilities against the Islamic Republic of Iran or any part of its government or military, unless explicitly authorized by a declaration of war or specific authorization for use of military force against Iran,” the text reads.

Included in the resolution is a provision that “Nothing in this section shall be construed to prevent the United States from defending itself from imminent attack.” Members of the Trump administration have claimed that the Suleimani assassination was undertaken to prevent an imminent attack on U.S. embassies, although they’ve admitted to not knowing where or when it would take place. No evidence supporting the administration’s assertion has been made public.

Kaine, who was the Democratic nominee for vice president in 2016, said on the Senate floor today that the resolution is “not only bipartisan but folks from different parts of the political spectrum and different parts of the country and new members and veteran members have come together to say, after many decades of abdicating responsibility—under presidents of both parties and majorities of both parties in both Houses—it is time for Congress to take this so very seriously.”

The resolution was opposed by both Senate Majority Leader Mitch McConnell (R-KY) and Senate Foreign Relations Committee Chairman Jim Risch (R-ID). Multiple amendments were introduced to undercut the resolution, primarily one by Senator Tom Cotton of Arkansas, which would have authorized the president to make war on organizations the Executive branch has classified as a terrorist organization (which would include the Iranian Revolutionary Guard). Cotton, who accused Kaine of being “a lawyer for Iranian terrorists,” has lobbied for a military attack on Iran for several years. The amendments failed to pass.

“It is very important for our Country’s SECURITY that the United States Senate not vote for the Iran War Powers Resolution. We are doing very well with Iran and this is not the time to show weakness. Americans overwhelmingly support our attack on terrorist Soleimani,” tweeted the president last night. “If my hands were tied, Iran would have a field day. Sends a very bad signal. The Democrats are only doing this as an attempt to embarrass the Republican Party. Don’t let it happen!”

In March 2019 the congress passed a joint resolution requiring President Trump to disengage U.S. military forces from supporting the Saudi Arabian-led war in Yemen. That resolution was vetoed.