Coronavirus Could Damage the U.S. Economy. How Do We Stop It? 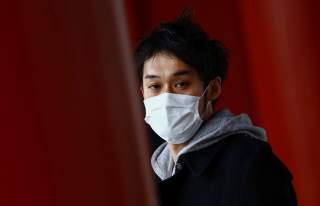 The fundamentals of the U.S. economy are still strong, and the coronavirus won’t change that.

Good policy also doesn’t change in a crisis, and Congress and the president can pursue worthwhile economic reforms to strengthen the economy today, and if necessary, hasten an economic recovery.

The disruptions from a widespread pandemic are not fixable with checks from Washington or cheap money.

Large new spending initiatives will disrupt the market signals business and consumers need to operate effectively, and they could make an economic downturn more severe and slow the inevitable recovery.

Maintaining neutral monetary policy, by lowering interest rate targets when markets demand more money, may be a necessary step, but offers no panacea for fixing a fundamentally weak economy.

For now, we are still in the midst of the longest economic expansion in U.S. history. We’ve learned what works: pro-growth reforms that allow businesses to expand, invest, and hire Americans of all skills and income levels.

Policymakers should double down on what has worked and fix the few things that have not. Economic growth, higher wages, new jobs, and better technology all must start with supply of new investment and willing workers.

Constraints on the supply of new investment and disincentives that hurt workers remain the biggest impediments to sustained economic expansion.

Congress and President Donald Trump can start by reducing tariffs, rolling back regulations and their authorizing legislation, constraining the impulse to increase spending, and focusing on pro-growth tax cuts over others such as temporary payroll tax cuts.

Congress needs to reassert its authority in setting tariffs, which are taxes on American consumers and businesses and a drag on our economy.

The 25% tariff on nearly all steel imports in 2018 increased steel prices by as much as 40% in the following months. American consumers and businesses paid those higher prices, and domestic steelworkers are not seeing the promised benefits.

Congress and the president should lower tariffs on China and pursue free-trade agreements with the European Union, the U.K., Taiwan, Georgia, and Japan, to name a few.

In the wake of the 2008 financial crisis, Congress and President Barack Obama steadily increased the number of regulatory hurdles for workers trying to access the labor market and businesses trying to increase their employment and production. This was the wrong response to a crisis.

Today, the Trump administration is promoting growth and should continue to roll back past expansions of existing laws.

Congress should target the costliest and most counterproductive financial, environmental, and labor laws and regulations. Without congressional action, new investments always will be threatened by unpredictable costs from future executive reinterpretations of existing laws.

We will hear calls to spend our way out of the crisis with infrastructure projects. But like all demand-side stimulus, the results have proven disappointing because temporary spending tends to shift resources within an industry but does not expand them.

Regulatory barriers around permitting, labor union prevailing wage requirements, and procurement restrictions all remain much more important obstacles than a lack of funding.

Demand-side stimulus historically has not stimulated any new business activity and likely crowds it out, reducing total output. Given past experiences, Congress should not increase new spending in a downturn.

Similarly, tax cuts designed as one-time stimulus payments, such as the payroll tax cut passed in 2010, are not the type of pro-growth tax reform that is most important in an economic slump.

If Congress wants to cut taxes, it should start with those that are most harmful to the economy. Taxes on trade and taxes on businesses, savings, and investment should take priority. Lawmakers should make the 2017 tax cuts permanent and shrink deficits through spending reforms to reduce pressure to raise taxes in the future.

At the first sign of a crisis, the knee-jerk reaction of Washington is always more Washington—more spending, more regulation, more federal programs and grants for the states with strings attached. This is a recipe for an ever-expanding, never-receding, more intrusive federal government, requiring higher taxes in the future.

President Donald Trump and Congress should continue to support the American economic expansion with commitments to eliminate tariffs, double down on efforts to cut red tape, and stop any further deterioration of the fiscal health of the U.S.

Pro-growth policies are the best medicine to avert, and if need be, climb out of a recession, whether it be from coronavirus or some other economic malady.

His article first appeared in The Daily Signal on March 3.

Image: A pedestrian passes a sign outside of a pop-up coronavirus supply store where items such as face hand sanitizer are sold in Washington, U.S., March 5, 2020. REUTERS/Kevin Lamarque