The Coronavirus Is Spreading Fast in Europe 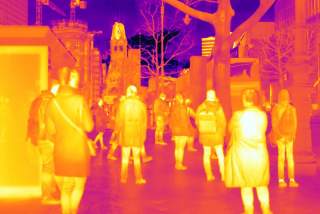 As the coronavirus is declared by the World Health Organization to officially be a “pandemic,” European leaders are beginning to come to terms with the ramifications of the spread of the disease.

“The virus has arrived,” announced German Chancellor Angela Merkel, who warned that two-thirds of Germans may be in effected by the time the outbreak is brought under control.

“[W]e must make sure that we protect these people [the elderly] and slow the expansion of the virus,” Merkel announced, although her government had been slow to respond up to this point. Germany currently has over a thousand positive cases of coronavirus and has suffered two deaths.

Merkel, who announced in 2018 that she will not seek reelection as Chancellor in 2021, did not announce any new quarantine measures to abet the spread of coronavirus. The federal government has had difficulty pressuring local governments to suspend events where large amounts of people will be in attendance. Massive soccer games have continued as planned.

The warning Merkel gave, that two-thirds of the over eighty million Germans could be infected unless a vaccine is developed in time, would be a level of public health crisis not seen in decades. According to Germany’s Health Minister Jens Spahn, the country only possesses 28,000 intensive-care beds. And even then, only 25,000 of them have ventilation capacity (a requirement for combatting coronavirus) and most are already in use.

Likewise, Ireland appears wholly unprepared for the pandemic just reaching their shores. “I’m afraid Ireland is going to get crushed by this. A caretaker government manning a state with little capacity for authoritative action and an existing shortage of hospital beds,” observed Irish-American commentator Michael Brendan Dougherty.

Northern Ireland and the Republic of Ireland have a total of 34 cases of coronavirus. Today it was announced the republic had its first death from the disease, the origins of which trace to the outbreak in northern Italy. "We continue our efforts to interrupt the transmission of this virus. It will take all of us, collectively, to succeed. Please continue to follow public health advice,” urged Dr. Tony Holohan, Ireland’s Chief Medical Officer.

The Prime Minister of Ireland remains Leo Varadkar, who resigned following the 2020 election but still holds power as a caretaker. This makes political action on behalf of the Irish government difficult.

Italy has surpassed over 10,000 infected, with 628 deaths. 168 of those deaths occurred in the past twenty-four hours, after Italy announced restrictions that placed the entire country (with a population of over sixty million) on a total lockdown. 5% of the cases affect people under the age of thirty, and the total number includes several dozen children.

Italy has received little to no assistance from the other European nations (one of the few actions Germany has taken is to temporarily ban the export of medical equipment), but the Italians are expecting shipments of masks and ventilators from China (the virus’ origin).

Image: People stand at a bus stop on Kurfuerstendamm boulevard as Berlin authorities took new measures to cancel events with over 1,000 people because of the coronavirus disease (COVID-19) in Berlin, Germany, March 11, 2020. Picture taken with thermal imaging camera. REUTERS/Fabrizio Bensch