Could Taiwan Stop an Invasion By China? 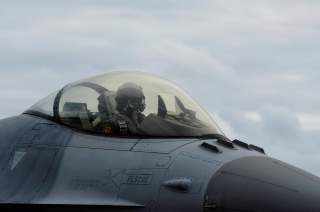 Taiwanese president Tsai Ing-wen’s January 2020 re-election could signal another four years of stiff defiance to Chinese aggression for the island country. But Taiwan should reconsider its defensive strategy, Iain Marlow wrote for Bloomberg.

“In her first term, President Tsai Ing-wen secured more than $10 billion in high-profile U.S. weapons to defend Taiwan against China,” Marlow wrote. “Over the next four years, it may be more important to acquire less glamorous but nimbler weapons to prevent Beijing from considering an invasion.”

During her first term, the staunchly pro-independence Tsai worked hard to secure from the United States deals for weaponry worth more than $10 billion, including 60 new F-16 fighters and 108 M-1A2 tanks. Taiwan also launched an ambitious program to develop, with American assistance, a new class of diesel-electric attack submarines.

But over the next four years, Tsei and her government could take a different approach. “Many of the things Taiwan needs at this point are not things that require the U.S. to sell them,” Scott Harold, an analyst at RAND, a California think tank.

Instead of fighters and tanks, Taiwan should acquire “the sorts of survivable, low-profile and networked defenses that can survive an initial Chinese attack and be resilient and lethal for weeks or months.”

China with its 1.4 billlion people, after all, possesses far more ships, planes, vehicles and soldiers than does Taiwan with its population of just 23 million. Beijing spends 25 times more on its armed forces than Taiwan does on its own military.

To be clear, the Chinese military still lacks the ability decisively to conquer Taiwan by way of a full-scale amphibious invasion, according to the 2019 edition of the U.S. Defense Department’s annual report on Chinese military developments.

But the gap between China’s military might and Taiwan’s, and China’s determination to “reunify” with Taiwan, both grow by the day.

“Those considerations lead security experts to advocate that Taiwan focus on ‘asymmetric’ weapons — including nimble mobile missile systems that could shoot down Chinese jets and relocate quickly before being annihilated by missiles — rather than expensive, vulnerable warplanes and tanks,” Marlow wrote.

Beijing also could take an asymmetric approach to its conflict with Taiwan. The People’s Liberation Army “is capable of accomplishing various amphibious operations short of a full-scale invasion of Taiwan,” the American report explains.

“With few overt military preparations beyond routine training, China could launch an invasion of small Taiwan-held islands in the South China Sea such as Pratas or Itu Aba. A PLA invasion of a medium-sized, better-defended island such as Matsu or Jinmen is within China’s capabilities. Such an invasion would demonstrate military capability and political resolve while achieving tangible territorial gain and simultaneously showing some measure of restraint.”