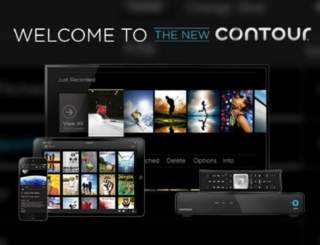 When talking about Cox’s Contour TV, the first thing that jumps out at you is the price -- and not in a good way. And if you’re only in the market for cable TV, Cox is definitely not the way to go because the pricing is only somewhat reasonable if you bundle the package with internet.

There’s a whole lot of cord-cutting going on today, as attested by Wall Street analyst firm MoffettNathanson, which said that about 6 million customers abandoned satellite and cable in 2019. And it’s not difficult to see why only based on pricing alone. The bare-bones package of only cable TV will set you back about $90, while adding any kind of internet service will easily surpass the $100 mark.

In today’s ever-evolving streaming world, there can’t be any sustainability to this. Yes, Contour TV does allow for customization of your viewing habits, a la adding Netflix, Hulu or Disney to your main screen. But if you bought those services individually, it wouldn’t come close to forking over $100 a month. The highly affordable Amazon Fire TV Stick or Roku wouldn’t be terrible fallback options, either.

Don’t forget about the broadcast and regional sports fees. If you need a pretty good DVR, you’re in luck, but that’s going to add on another $10 to $20 a month. Then if you want extra receivers for the TVs in the bedrooms, tack on about $10 more. All told, you’ll more likely be in the $150 range. But, hey, you can take solace in getting that internet bundled.

As for the channel lineup, it is pretty pedestrian, and it boasts decent on-demand content. The average bundle will give you 140-plus channels, with all the usual players like ESPN and History, but you’re likely paying at least $20 more for similar packages offered by Xfinity, DirecTV, Frontier or AT&T U-verse.

If you thought Xfinity’s and Spectrum’s customer service are lacking, you won’t change your mind about Cox. According to ACSI, Cox sits right in the same pack of those aforementioned companies. The more troubling fact is that the customer satisfaction score has declined for two consecutive years.

On a more positive note, Contour TV does let you stream between all of your different devices. Start one show on your iPad and finish on the big screen. The app also works well for organizing your content library and setting up your DVR records.

These minor perks, though, do nothing to justify Contour TV’s high price points. If you can continue to endure the so-so customer service, make that jump to Xfinity or Spectrum and save a few bucks.