Netflix Takes on the World: The 3 Best Streaming Services on the Planet 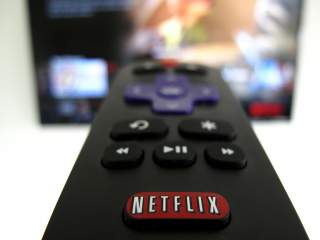 Having worked in the past for the cable industry for over a decade, here is a state I never thought I would see: the number of cord-cutters (people who have canceled cable TV) and cord-nevers (people have never had cable TV) will cross over forty million by next year.

That’s a pretty amazing stat, clearly due in large part due to the lower costs and amazing content now available on streaming services like Netflix, Hulu, Disney+ and many others. The sheer amount of content, picture and audio quality and easy to user interfaces are attracting people all over the world to forget about cable entirely. Some telecom companies are even folding their traditional cable tv businesses and only offering over-the-top streaming services. This is due to the costs being much cheaper with profits shrinking thanks to a slowly disappearing subscriber base.

But what streaming services are truly the best? Keep in mind that subscribing to four or five such services can nearly cost the same as cable TV itself. What services offer the best value? The best programming? What about the best picture and audio? While my choices might not match up with yours, I have subscribed on and off to quite a few services over the last few months to really understand, appreciate and experiment with the best options. This is because I would like to cut the cord myself. After about a year of watching thousands of hours of streaming video and testing out many different services, here are my top three streaming services:

1.Netflix: I can still remember when Netflix was a DVD mail order service—yes, they mailed you disks by snail mail! This company has come a long way and pioneered the content streaming craze and, in my opinion, is still the best—hands down.

For the price, you can get amazing top-tier features such as the latest actions flicks like the Avengers and Marvel movies, classic and new original series, compelling documentaries and now content in 4K HDR with Dolby Atmos soundtracks. What could be better than that?

2. Showtime: While some might get upset for me including what is a traditional cable network, you can get Showtime as a standalone service—and it is simply amazing.

3. Disney+: My friend, any streaming service that has tons of Star Wars content, a low price point and Baby Yoda is a must-have in my book. Yes, the interface is a little cheesy and the content library is not as big as many others, but there is potential here for Disney+ to become the dominant streaming service. With good picture quality and audio to back up its offerings, Netflix should be worried—very worried.

But if you want to experience this all in the most positive way you can, please, do yourself a favor and invest in a good internet connection (Fios or Xfinity Gigabit are great) with a solid wi-fi router pumping the signal to all of your streaming devices. If you don’t have those two things, well, the experience will be lousy—think compressed video or buffering. We should not have to suffer through such issues in 2020. Period.