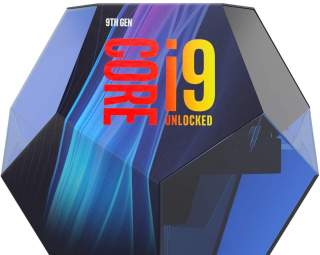 Since 1998 I have been building my own desktop computers—and I love doing it. At one point, my wife and I even made a living out of building and repairing PCs.

The idea that I can build my own PC—pick out every part, customize every aspect of the “build”—is just too much fun for a wannabe tech enthusiast like myself. I have built on the order of almost 1,000 computers over two decades. I remember the days of Intel “Pentium” CPUs, AMD Athlon Duron chips and some other now obsolete parts. Heck, I remember when burning your own CDs was considered cool.

But which CPU to purchase has always been a challenge for me personally or when some asks for a recommendation. Recently, on my two work PC desktops— which, of course, I built myself, did you have any doubt?—I opted for an Intel Core i9 9900K and an AMD Ryzen 3900X (I could not get a 3950X back in early December thanks to a Christmas shortage). The reasons for these choices were simple: I do a lot of video editing, photo editing, encoding work and a slew of other things that require me to have a processor that can crush anything with ease. Going with something less would cost me time and my employer money. While I like the Ryzen a little more—that will be another post—such a CPU is very expensive. Is it worth the nearly $500.00 premium price point?

That’s a tough question to answer, and much of it will be based on personal choice, need and budget. CPU choice is also important when you consider purchasing your run of the mill laptop or desktop from your local Best Buy or online. Generally speaking, the more powerful the CPU, the more expensive the computer. And sure, there are many factors that go into a retail computer. However, CPU and CPU speed are top-selling features, largely dictating price. Speed, or at least the perception of speed, sells.

But let’s back up for a second. For the general computer user, when I am asked to recommend a computer or ideas on a new build, my first suggestion is to always make sure a solid-state hard drive (SSD) is part of the unit. They make a massive difference in overall speed, boot up and work productivity. For example, both of my work PCs boot in seconds due to a fast Samsung M2 SSD—it makes a big difference. Some users, however, want big beefy hard drives—not something SSDs can offer yet unless you have a big budget. If the user is storing a lot of files, then you can always add a secondary external hard drive—even today big SSDs are expensive—this way, you don’t lose out on what an SSD offers in terms of performance.

After that, I always ask what the user is doing for internet service, wi-fi router, etc. Many basic computer users equate internet speed performance with their computer’s specs and/or performance. If they are paying $29.95 from Comcast for a 50 meg connection and are trying to play the latest version of Call of Duty, well, you can’t blame your new $2,000 PC for latency and internet speed issues. Even a Ferrari needs smooth pavement and a clear road to travel on—think of that as your internet connection.

After these things, I then turn to the CPU. For the average user, a midtier chip like a Core i5, something that offers good value and performance combined, is a really good choice. Beyond that, unless you have a very specific need—think gaming or a work-related task that demands a lot of PC power—opt for a mid-tier chip. Otherwise, you are just lighting money on fire.

Harry J. Kazianis is a Senior Director at the Center for the National Interest. His work and ideas have appeared in The New York Times, The Washington Post, CNN, Fox News, CNBC, USA Today, The Week, The Hill, the American Conservative and many other outlets across the political spectrum. Harry enjoys writing about technology issues and products from a real-world