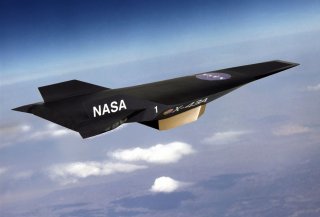 The Defense Advanced Research Projects Agency (DARPA) successfully tested the hypersonic weapon it has in development. That weapon, the Hypersonic Air-breathing Weapon Concept, just made its second-ever flight.

In a press release issued on Tuesday, the agency said that “DARPA and its U.S. Air Force partner recently completed a free flight test of the Lockheed Martin version of the Hypersonic Air-breathing Weapon Concept (HAWC). After release from a carrier aircraft, was boosted to its Aerojet Rocketdyne scramjet engine ignition envelope.”

The statement said that “from there, it quickly accelerated to and maintained cruise faster than Mach 5 (five times the speed of sound) for an extended period of time. The vehicle reached altitudes greater than 65,000 feet and flew for more than 300 nautical miles.”

DARPA explained that the original flight, in September 2021, reached hypersonic speed using a different vehicle and a different contractor team.

Missiles like DARPA’s Hypersonic Air-breathing Weapon Concept rely on scramjet engines. A scramjet is a type of air-breathing engine that compresses air and combusts an air-fuel mix.

Hypersonic weapons combine extreme speeds with high terminal phase maneuverability, making them difficult for air defense systems to defend against. These systems are optimized for supersonic threats and are not ideal for countering hypersonic weapons.

Weapons traveling at hypersonic speeds don’t necessarily need to carry a nuclear payload: given the incredible speeds at which hypersonic missiles travel, their kinetic energy alone could obliterate even well-protected targets with incredibly explosive force.

DARPA may have kept the recent test under wraps in part because of the ongoing Russian invasion of Ukraine. The test, though just the program’s second, could have had the potential to be construed as provocative, amid the Russo-Ukrainian War.

"This Lockheed Martin HAWC flight test successfully demonstrated a second design that will allow our warfighters to competitively select the right capabilities to dominate the battlefield,” said Andrew "Tippy" Knoedler, HAWC program manager in DARPA's Tactical Technology Office. “These achievements increase the level of technical maturity for transitioning HAWC to a service program of record.

“We are still analyzing flight test data, but are confident that we will provide the U.S. Air Force and Navy with excellent options to diversify the technology available for their future missions.”

Though the Hypersonic Air-breathing Weapon Concept likely has a great deal of testing ahead, the program is making serious progress.