Deal or No Deal: Iran’s Foreign Proxies Must be Dismantled 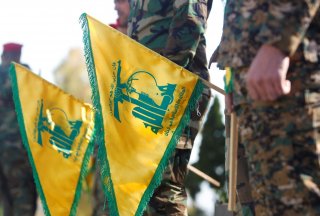 A defining news headline in the early days of the Biden administration is the president’s pledge to re-engage Iran in a nuclear deal. However, a very different discussion is taking place on Capitol Hill. In March, Senator Bob Menendez, Chair of the Senate Foreign Relations Committee, and Senator Lindsey Graham led forty-one of their colleagues in a letter to President Joe Biden on Iran policy. The letter notes that while they disagree on the nuclear deal, they remain united on “addressing the wide range of illicit Iranian behavior,” and list Tehran’s support for Shia militias and terrorism across the region as priority items of concern. The Biden administration has made a commitment to work with Congress on matters of foreign policy. Harkening the bipartisan concern about Iran is an important place to start.

As the Washington Post’s David Ignatius recently noted, re-entering the Iran Nuclear Deal “isn’t an Iran policy. Biden should think bigger — and push back at a bullying regime that’s unpopular at home and feared abroad.” Hitting at Iran’s dangerous foreign policy is a necessary top priority.

Iran is deadly ambitious to control the Shia Crescent, the predominantly Shia-controlled or populated areas including Lebanon, Syria, Iraq, Bahrain, and Yemen. Iran falsely claims to serve the interests of these Shia communities, when in reality it seeks to exploit them in pursuit of its dangerous geopolitical vision, rooted in religious extremism, ancient concepts of civilizational warfare, and oppression of all dissidents.

Biden can confront this by supporting traditional defense partners in the region, such as the Lebanese Armed Forces. However, this is only half of the picture.

A defense strategy that strategically severs the tentacles of Iranian support for terrorism is the best way for President Biden to preserve American national security interests in the Middle East, while protecting vulnerable communities from human rights violations by a dictatorial regime. The disarmament of Hezbollah and other Shia terrorist militias and Iranian proxies across the region should be a necessary condition upon which any potential engagement with Iran is based.

In April 2019, the U.S. designated Iran’s Islamic Revolutionary Guard Corps (IRGC), including its Quds Force, as a Foreign Terrorist Organization (FTO). This move made history, as it was the first time the United States placed such a designation on part of a foreign government.

According to the State Department’s most recent counterterrorism report, Iran has spent upwards of $700 million annually to support terrorist organizations such as Hezbollah, which accounts for the overwhelming majority of Hezbollah’s budget. Fortunately, this support has decreased due to sanctions. The administration must build on this momentum.

In April, U.S. Special Envoy to Yemen Tim Lenderking told U.S. lawmakers that Iran’s support for the Houthis is “quite significant and it’s lethal.” Houthis regularly threaten the lives of U.S. citizens in the Gulf through regular missile strikes and armed drone attacks. The U.S. Commission on International Religious Freedom (USCIRF) notes that the Houthis regularly post the slogan “a curse on the Jews” throughout areas they govern and that Yemen’s tiny Jewish community, along with Christians, are severely persecuted by the Houthis.

In Iraq, Iran supports multiple militias and terrorist organizations that not only kill Americans but also target religious minorities. USCIRF notes that only 50 percent of Christians who survived, and were displaced by, the ISIS genocide, have been able to return to their homes in the historic Nineveh Plains because of the presence of Iranian-backed Popular Mobilization Forces (PMF). Additionally concerning is the incorporation of Asaib Ahl al-Haq and Kataib Hezbollah, two notorious Iranian militias, into the PMF’s ranks. While these Shia militias were initially brought in to combat ISIS, Iran is steering them into a more radical direction. The State Department highlights reports of officials in the Iraqi government who seek to impose demographic change in northern Iraq through the use of the PMF to inhibit the return of displaced Christians to their ancestral towns and villages, and replacing them with Shia populations. Iran claims ISIS is its enemy, yet the PMF it supports persecutes the very survivors of the ISIS genocide.

Countering Iranian influence in Iraq should be a top U.S. priority. This can best be demonstrated by the series of rocket strikes in Erbil in February that likely came from Iranian-backed militias. In Iraq, Iran supports a number of anti-Western militias and associated proxies, which the regime uses to insulate itself from culpability for such attacks.

Hezbollah, an Iranian puppet, is also becoming increasingly indistinguishable from the Syrian regime of Bashar al-Assad. The United States notes that the Assad regime both funds and arms Hezbollah, all while facilitating Iranian assistance to the group.

In Lebanon, Hezbollah has set up a quasi-state within a state that operates a cross-border black market with Syria. It is widely known that Hezbollah controls access to neighborhoods, such as the southern suburbs of Beirut, in the Bekaa Valley, and in South Lebanon, where it engages in illicit activities. Israel has warned about Hezbollah’s precision-guided missiles and has discovered and demolished Hezbollah-dug tunnels on the Lebanese-Israeli border. Experts agree that Hezbollah’s infiltration into the Lebanese government renders the group a threat not only to Lebanon, the most religiously pluralistic democracy in the region, but also to the United States and Israel.

Hezbollah’s current stranglehold on the Lebanese government, and the shadow state it operates, continues to cost the Lebanese immeasurable blood and treasure. The Beirut Port blast of August 2020 claimed over 200 Lebanese lives and injured over 6,000. The lack of accountability for the 3,000 tons of ammonium nitrate stored at the port, a well-known smuggling hub, incriminates the shadow state.

The February assassination of Lokman Slim, a prominent Hezbollah critic, and a Shia himself, is indicative of the threat to free speech and thought in a failed Lebanese state. Hezbollah cares nothing about the plight of the Lebanese people. In the midst of widespread food insecurity, Hezbollah offers discounted food from Iran, Iraq, and Syria exclusively to its card-carrying members. As for non-card carrying members, it views them either as pawns to benefit its criminal operations at best, or at worst, dispensable human shields to protect its precision-guided missile caches, which it purposely stores amidst civilian communities.

The Lebanese government is effectively crippled by Hezbollah’s involvement. The Lebanese state is ripe with corrupt politicians whose allegiances often lie with foreign interests rather than with the people who elected them to serve. Responding to the current crisis is to win the war; reforming the Lebanese central government so it is not a mafia-state run by a terrorist organization is to win the peace.

The Biden administration needs to act quickly to prevent Lebanon from plummeting into failed state status where Iran and Hezbollah can operate with complete impunity. The administration should work with France and follow the recommendation of the Syriac Maronite Patriarch of Antioch, Cardinal Boutros al-Rai, to convene an international conference to pressure the Lebanese to form a responsible, technocratic government so the state can re-stabilize. This will serve as a vital strike on the Iranian grip.

Such a conference should be used by the United States and France to advance the notion of “active neutrality,” the patriarch’s other complimentary policy recommendation. Western nations must work with pro-democratic Lebanese activists of all sects to rid Lebanon of this shadow state that threatens its citizens every day. The initiative for active neutrality would also necessitate increased and sustained U.S. support for the Lebanese Armed Forces, as it is the only credible security force to displace and replace Hezbollah.

The Biden administration finds itself at a critical foreign policy juncture. An American ally may fail within weeks, a designated terrorist organization may have yet another country where it can operate unchecked, where genocide survivors and vulnerable religious minorities will be targeted by extremist militias, and American personnel (civilian and military) in the Middle East will remain vulnerable to attack.

Iran’s backing of Hamas’s current attack on Israeli civilians is just the latest example of what could be the new normal in an Iran-dominated Levant.

These developments point to the urgent need for the Biden administration to craft and prioritize an Iran policy that demands the discontinuation of support for malign proxies across the Middle East.

Toufic Baaklini is the president and chairman of the board of In Defense of Christians. He is an expert on geopolitics and US foreign policy, and has committed years of service to preserving the historic Christian communities of the Middle East. He received a knighthood in the Pontifical Equestrian Order of Saint Gregory the Great by Pope Francis in 2014.

Richard Ghazal is the Executive Director for In Defense of Christians. He previously served as a U.S. Air Force Judge Advocate and intelligence officer with a special focus on Hezbollah. Richard is an ordained reader in the Syriac Orthodox Church, and speaks the Turoyo dialect of Aramaic.